With Jesse Lingard looking set to leave Manchester United to join West Ham, our experts discussed the move in the latest Eurosport show in... 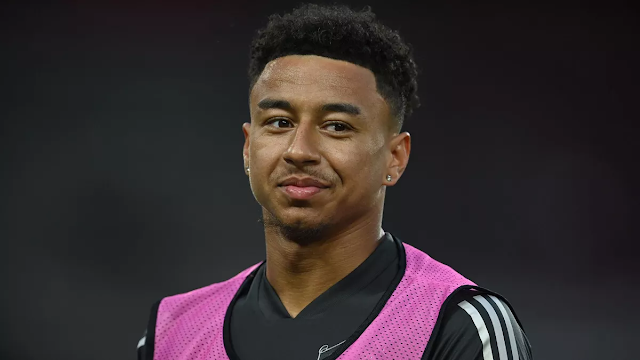 With Jesse Lingard looking set to leave Manchester United to join West Ham, our experts discussed the move in the latest Eurosport show in partnership with The Beautiful Game Podcast. Lingard is an academy graduate at United but has struggled for action this season under Ole Gunnar Solskjaer and is close to leaving.

Jesse Lingard was “badly treated” by Manchester United and could be a “great” signing for West Ham if he can rediscover his best form, according to our transfer experts.

United academy graduate Lingard has fallen out of favour under Ole Gunnar Solskjaer this season and has not featured in the Premier League.

He now looks set to leave on a loan deal to West Ham until the end of the season.

In the latest Eurosport vodcast in partnership with The Beautiful Game Podcast, Dotun Abijoh, Justin Cole and Pete Sharland discussed the move and whether it is good for all parties.

“For me this deal makes sense because West Ham are underneath the top six bracket but if they get things right they can push for the top six this season,” said Abijoh. “To go to London, play with Declan Rice, Michail Antonio, players in good form, I think he can supplement that attack and be a threat at West Ham.

“On his day he is capable of scoring 10 goals and getting 10 assists a season. If you get Jesse Lingard focused, fit, firing and full of confidence this is going to be a great deal for West Ham.”

Sharland agreed that it looks to be a good move for West Ham, but believes Manchester United have “let Lingard down” with their treatment of him this season.

“I am really upset with the way United have dealt with this. Lingard came through the academy, he loved playing for the club and I think they have treated him so badly," he said.

“I feel they have turned down moves for him in the past and he deserves to be playing. If you are going to keep him and use him in a sparse role I can kind of understand that – Sir Alex Ferguson was brilliant at that – but they are barely using him in cup games or European games. I think they have let him down and he will show how good he is when he moves.

“He’s not going to come in and start every game. But if they are chasing games or looking for a late winner if teams sit deeper, having Lingard come off the bench is so useful. He can unlock teams with a little pass or a shot from distance.”

The move could help Lingard revive his international career with England ahead of the rescheduled Euro 2020 this summer.

Cole questioned whether the 28-year-old still has the hunger to be a regular starter.

“Is he content and happy being part of a squad and playing now and again? Or is he hungry to prove himself at the top level and play week in, week out? That’s the decision in front of him," said Cole.

“Does he stay at United earning very good wages but be a bit-part player? Or does he move on and nail down a first-team place wherever he goes? Only he can answer that question.

“It will be interesting to see if he does buy into what has been reported about him being a pivotal member of the squad at United, or if his future lies away from Old Trafford.”