Ole Gunnar Solskjaer's side are said to be monitoring the Barcelona winger Manchester United have earmarked Ousmane Dembele as a transfe... 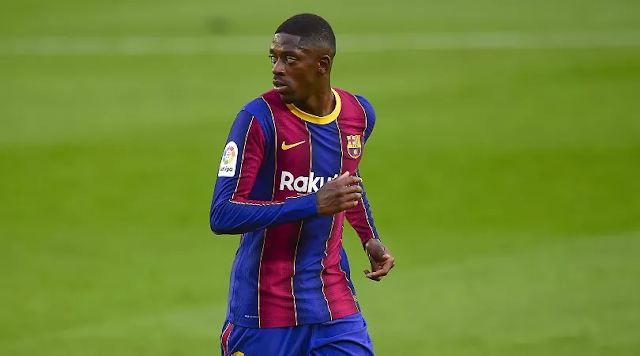 Manchester United have earmarked Ousmane Dembele as a transfer alternative to Jadon Sancho, according to reports.

Sancho was heavily linked with a move to Old Trafford last summer as United made him their leading target.

However, the Red Devils were unable to pull off a deal as Borussia Dortmund stood by their £108m valuation of the England international.

United are expected to renew their interest in Sancho in the summer, with the Dortmund winger having returned to form in recent weeks.

Ole Gunnar Solskjaer’s side have received a boost in their pursuit of Sancho, with Dortmund potentially needing to cash in due to pandemic-inflicted financial problems.

But United are not willing to put all their eggs in one basket and continue to scout out alternatives.

Barcelona forward Dembele is one of the players they are keeping tabs on, according to German outlet Bild.

However, the cash-strapped Catalans could be forced to listen to offers for any of their players at the end of the season.

Dembele has been a regular for Ronald Koeman’s side this season, making 21 appearances in all competitions.

The former Dortmund man has scored six goals and provided three assists for the Blaugrana.

His long-term future remains uncertain, though, and United continue to monitor the situation as they prepare to recruit a new winger.

Yet both players are still young and it could take a couple of seasons before they are ready to become regular first-team starters.

As such, United are expected to pursue a deal for either Sancho or Dembele ahead of next season.

Solskjaer’s side return to Premier League action against Arsenal on Saturday.