A host of clubs are said to be interested in taking  Manchester United  youngsters  Dylan Levitt  and  Teden Mengi  on loan until the end ... 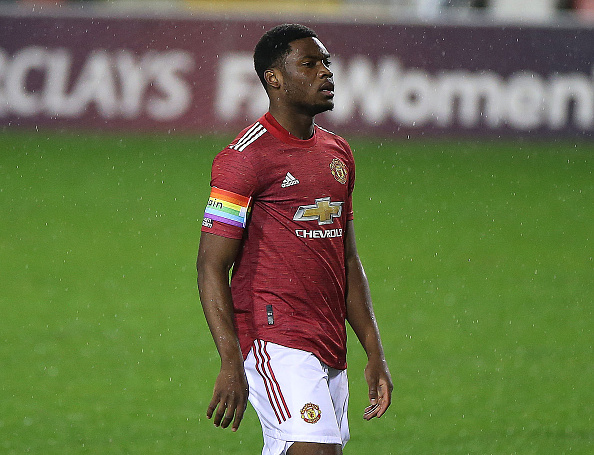 A host of clubs are said to be interested in taking Manchester United youngsters Dylan Levitt and Teden Mengi on loan until the end of the season.

According to MEN, the club has received significant interest from clubs in the Championship and League One for the duo.

United’s U23 Youngsters in Demand

Young Welsh midfielder, Levitt, was recalled from his loan at Charlton Athletic after only making three appearances at the League One side.

Interest is set to be high with Portsmouth and Queens Park Rangers leading the race to sign the youngster.

Eighteen-year-old Mengi is highly rated by the staff at Old Trafford and made his first-team debut in last season’s Europa League game against LASK. But a deal to loan out the U23s skipper may be more complicated with manager Ole Gunnar Solskjaer keen to offload both Phil Jones and Marcos Rojo this month.

The departure of Timothy Fosu-Mensah to Bayer Leverkusen could also complicate matters, as Solskjaer would rather opt to retain the services of the defender instead of divulging into the market at this time.

United already have a host of young prospects out on loan at lower league clubs with central defender Di’Shon Bernard extending his loan at Salford City until the end of the season. Right-back Ethan Laird joined MK Dons earlier in the window until the end of the season, while the likes of James Garner, Diogo Dalot and Tahith Chong have all moved out on loan in the summer.

The young Dutch winger is currently on loan at Werder Bremen, whilst right-back Dalot is in Italy with Serie A leaders AC Milan. Young England youth international Garner is closer to a home showing his great potential at Watford in the Championship; racking up 20 appearances already this season.