Manchester United’s squad is full of strong options for Ole Gunnar Solskjaer to choose from now and he has some big calls to make ahead of... 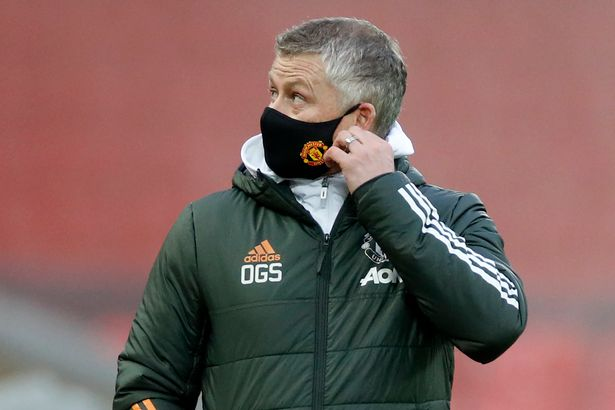 Manchester United’s squad is full of strong options for Ole Gunnar Solskjaer to choose from now and he has some big calls to make ahead of Wednesday evening’s Premier League game at Fulham.

Ole Gunnar Solskjaer has confessed the strong competition for a place in his Manchester United team is making it challenging to pick his lineup.

The Red Devils are now genuine contenders for the title and will go top once again if they beat Fulham.

The game follows Manchester City’s visit from Aston Villa, where a victory for Pep Guardiola’s men will see them at least temporarily leapfrog United.

Solskjaer’s side have plenty of incentive heading into the contest in west London, with Leicester sat a point ahead in first having played a game more.

Kick-off on Wednesday night is at 8.15pm, and ahead of the match, Solskjaer admitted to the club’s official website it is becoming increasingly difficult to pick his XI.

Solskjaer said: “Yes it really feels like we’ve got the strength in depth.

“I have to leave some players even out of the [matchday] squad when they deserve to be in the squad but it’s a good challenge and conundrum to have for the right reasons.”

United are expected to name a similar, if not identical, side to the one that played against Liverpool three days ago.

David de Gea will retain his place in goal ahead of Dean Henderson, having improved his form of late.

At the back Victor Lindelof returned at the weekend alongside Harry Maguire in place of Eric Bailly and helped to keep a clean sheet, so is likely to feature again.

Luke Shaw and Aaron Wan-Bissaka should be included too, although Solskjaer could rotate his team and bring in Alex Telles to help keep things fresh.

In midfield, Paul Pogba and Bruno Fernandes are guarantees, while Marcus Rashford and Anthony Martial are expected to be in attack.

But the likes of Nemanja Matic, Fred and Scott McTominay will be vying for a spot in midfield spot, while Edinson Cavani and Mason Greenwood will be pushing for a place going forward.

On Tuesday, Solskjaer said: "Well, we’ve not got the test results from Covid and it’s almost 30 hours ago since we did the testing. So hopefully we get them soon. Everyone trained this morning, more or less. Brandon and Phil Jones didn’t train and the rest were on the pitch.”