Ole Gunnar Solskjaer slammed for doing something ‘Jose Mourinho would have been slaughtered for’ in Manchester United’s draw with Liverpool, as Paul Ince says champions were ‘there for the taking’

Paul Ince has criticised Manchester United boss Ole Gunnar Solskjaer for his negative tactics in Sunday’s 0-0 draw with Liverpool. The for... 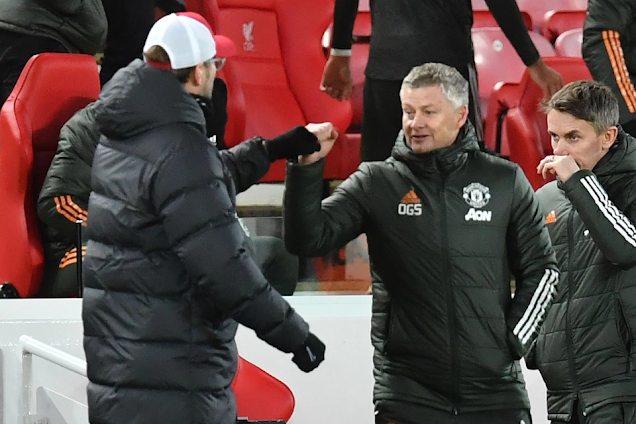 The former midfielder, one of the very few to have played for both clubs, has insisted a United team should never ‘go to Anfield to defend.

And he says Solskjaer did something on Merseyside that axed manager Jose Mourinho would have got ‘slaughtered for’ – parking the bus.

Liverpool manager Jurgen Klopp took aim at Solskjaer and United for their defensive-minded set up in the top-of-the-table clash, expressing his frustration that the Red Devils ‘defended with all they had’ despite possessing world-class players in their team.

And while many may roll their eyes at the German’s latest moans about a team defending well against the reigning champions, it appears Ince agrees.

The former ace says Liverpool – with their patched-up back-four and misfiring front-three – were ‘there for the taking’ at Anfield on Sunday.

And he was disappointed Man United didn’t go there trying to end the hosts’ incredible unbeaten run at home, which now stands at 68 league games. 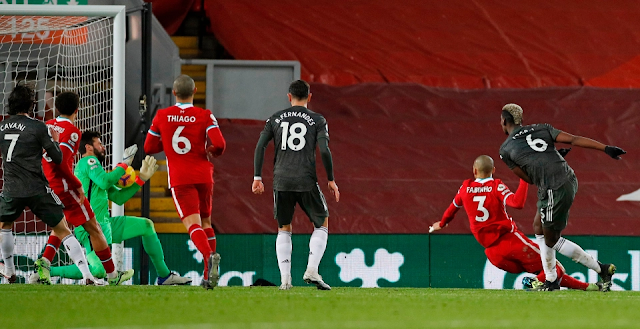 “You could see the game plan with Manchester United, you saw it from the first whistle – they defended very, very deep,” Ince told talkSPORT 2 on Monday morning.

“I thought United were very poor in the first-half.

“I remember a few years ago when Mourinho took United to Anfield, he parked the bus and got absolutely slaughtered for it – that’s exactly what Ole Gunnar Solskjaer did in the first-half.

“We knew they were going to defend and rely on their quick players like Anthony Martial and Marcus Rashford to counter attack Liverpool.

“But I’ve played in Man United teams… you don’t go to Anfield to defend.

“Especially at a time where they’ve got two of their best midfield players playing at centre-half and they haven’t scored in the last two games.

“I wanted to see them have a go at Liverpool, because they were there for the taking.

“This was an opportunity for Man United to go there and show what they were all about, but they just sat deep and it disappoints me.”