Manchester United and Liverpool played out a goalless draw on Sunday but the visitors had two good chances to steal all three points. Manc... 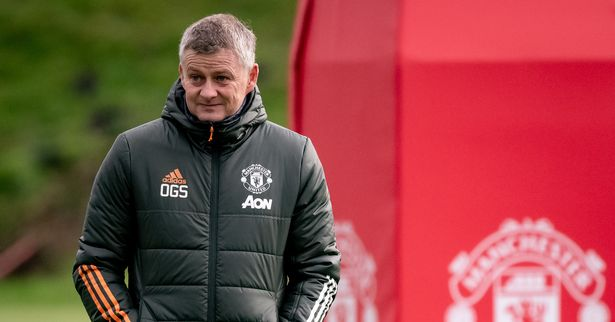 Manchester United and Liverpool played out a goalless draw on Sunday but the visitors had two good chances to steal all three points.

Manchester United fans found themselves relating to Ole Gunnar Solskjaer at full-time of the Liverpool draw.

The rivals played out a goalless event in what was a top of the table clash at Liverpool.

Despite coming away from Anfield with a point and a clean sheet, many United fans felt a sense of frustration.

Liverpool's injury crisis saw them playing two midfielders at centre-back while their front three have been firing blanks of late.

Add to this two decent chances to steal all three points and United may have felt they could have done better.

The chance of the game fell to Paul Pogba.

The ball fell to the World Cup winner in the box who connected with it sweetly. But his strike could only hit Alisson who blocked it well.

And the frustration of 'what could have been' was seemingly shared by boss Solskjaer.

United fans spotted the Norwegian trudging off the Anfield pitch, looking up at the sky and seemingly exhaling in frustration.

Leicester leapfrogged United in the league on Tuesday night with a 2-0 win over Chelsea. But with Solskjaer's side taking on Fulham on Wednesday they have a chance to return to the top of the English pyramid.

Speaking ahead of the fixture, he said: "I think they've [Fulham] had a very good turnaround from a slow start. I think they made very good signings towards the end of the [transfer] window, and you can see after that they're very well coached.

"Scott [Parker] and the team, they trust their own organisation, team shape and they're one of the hardest teams to break down.

"It’s hard enough to go to Craven Cottage anyway but at the moment they’re very well structured on and off the ball.

"They’ve got some fantastic players defensively, very quick and strong, good on the ball so individually, going forward, they have got players who can make a difference.

"So it’s another tough game in the Premier League."