Hammers boss David Moyes is frantically searching for a new centre-forward this month. And we can’t lie, that has to be the Scot’s priority.

West Ham must be careful that they don’t neglect other areas of the squad in urgent need of attention, however.

Left-back or left wing-back is certainly one of those areas. Arthur Masuaku has been missing for the past month or so and he isn’t scheduled to return until around March.

We have really missed the 27-year-old’s ability to carry the ball down the left hand flank. And we look so much better when playing five at the back than we do when we play a back four.

Chelsea ace Emerson Palmieri could solve that problem in an instant.

Blues boss Frank Lampard wants the 12-capped Italy international gone from Stamford Bridge according to a report from the Sun. In fact, he is actually being forced out of Chelsea according to Tuttosport.

So West Ham shouldn’t have any problem prising him away from Chelsea.

Palmieri has failed to establish himself at Stamford Bridge, however. That’s not because of a lack of quality but more due to the fact that he just hasn’t been given a chance to prove himself on a consistent enough basis.

The former Roma ace, who earns £75k-a-week according to Spotrac, is an attacking left wing-back in every sense. Similarly to Masuaku, he isn’t the best defensively, but is great going forward.

The Chelsea star would add some real depth to our left-back / left wing-back options.

West Ham have an ideal opportunity to strengthen one of their weakest positions by signing Emerson Palmieri.

And if the Hammers can bring him to the London Stadium for a reasonable fee this month, it seems like somewhat of a no-brainer for David Moyes. 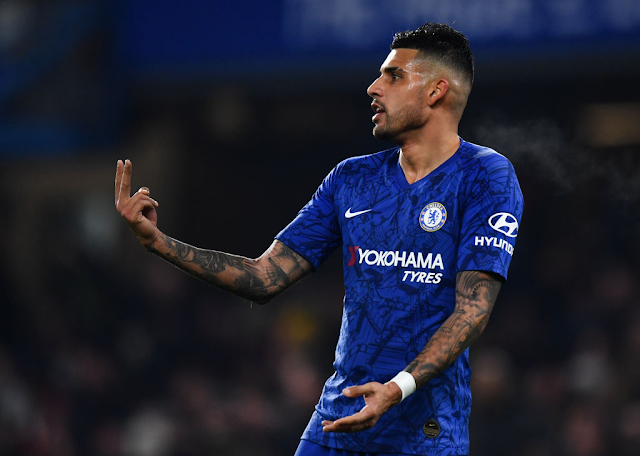