Ole Gunnar Solskjaer has created a winning spirit at Manchester United sorely lacking since Sir Alex Ferguson’s retirement. It is an achieve... 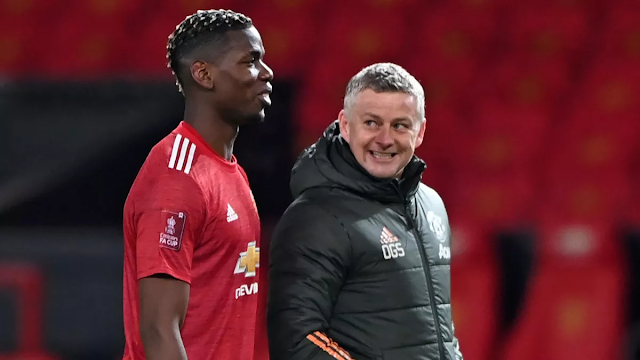 Ole Gunnar Solskjaer has created a winning spirit at Manchester United sorely lacking since Sir Alex Ferguson’s retirement. It is an achievement that escaped David Moyes, Louis van Gaal and Jose Mourinho. However, doubts still remain over the Norwegian’s long-term suitability to the role of manager at Old Trafford.

Manchester United boss Ole Gunnar Solskjaer has not yet proven his doubters wrong, but a strong title challenge would suggest that both the manager and his players have finally started to improve.

When United lost 6-1 to Spurs in October, there were calls for Solskjaer to be sacked. In the following months, there were disappointments in Europe against Leipzig and Paris Saint-Germain, Basaksehir, and in England against Arsenal. A little later in December, United also failed to hold onto two leads against title rivals Leicester City.

The losses in Europe showed that Solskjaer’s team were unable to focus, without the kind of obdurate miserly quality that Alex Ferguson had perfected in his later years, assisted by the twin foundation of Nemanja Vidic and Rio Ferdinand. This United side remains too easily breached, both late and early in the game, but they do show the spirit of a Ferguson side in their determination to come back from setbacks. They showed that again last Wednesday at Fulham and against Liverpool in the FA Cup on Sunday.

That ability to mount resistance to adversity has been on show throughout Solskjaer’s reign. His early, defining success saw a young United side pull off a thrilling, scarcely credible win in Paris, one which more or less earned him his permanent deal with the side. This season in the league alone, they have come from behind to win or draw against Brighton, Newcastle, Everton, Southampton, West Ham, Sheffield United, as well as at Craven Cottage.

As the last three post-Ferguson bosses have demonstrated, creating a winning spirit is perhaps the hardest part. David Moyes lost the dressing room with his obvious lack of charisma and self-belief, and did so quickly. Louis van Gaal was unwilling to believe in his players’ quality despite giving them back their resilience. Jose Mourinho’s pitched battle with his own colleagues was an internecine waste of time, just as it was in his last year at Stamford Bridge.

Solskjaer, though, continues to get effort from his players. They continue to play for one another as well as for the manager. Even Pogba, clearly still keen to move onto a bigger club if he can, does not discredit him in the way he did Mourinho. There is always disquiet in a dressing room, it is impossible to keep 25 professional players satisfied - in many ways, that conflict is necessary to guarantee progress and improvement. But they all appear to be pulling in the same direction.

There are problems remaining though, and it is these that the Norwegian will have to solve if he is to guarantee that United either win the league or come to close to it. Against Manchester City’s resources and Liverpool’s brilliance, it would be foolish to judge Solskjaer on the trophy itself, but to convince people he is really a valuable coach more than a spirited cheerleader he must improve the players at his disposal.

At the back, Eric Bailly has been a better option than Victor Lindelof, and Harry Maguire’s crisis of confidence appears to be over, as does David de Gea's. Luke Shaw appears unfit still, but he is more mobile than any time since before his leg break years ago. But they keep conceding sloppy goals, and Aaron Wan-Bissaka’s supernatural ability in one-on-ones is now fundamentally undermined by his miserable positioning sense and lack of attacking contribution. Those are too many weaknesses to be solved in the transfer market, and improvement is vital if Solskjaer is to maintain the club’s place at the top of the table.

It is in midfield that Solskjaer has brought serious improvement to the side. It is easy to reach for Darren Fletcher as a comparison for Scott McTominay, but by promoting a player full of effort and honesty, he has managed to commit to his plan to raise the standard of professionalism in the squad. The same can be said for Nemanja Matic’s discipline and Fred’s stamina, even if they are limited in many other regards.

His unwillingness to drop Bruno Fernandes, keeping Pogba and Donny van de Beek on the sidelines for much of the season, could be seen as a lesson to them both that above all else, contributing in numbers matters to Solskjaer. Van de Beek has yet to be given the chance to prove he can do that, but for whatever reason, the penny appears to have dropped for Pogba. As the season continues and the demands on mental and physical resources ramp up, you need many match-winners on a pitch to drag you through. Having two in the middle rather than just the Portuguese would be a huge step forward.

Oddly, the striking department is the most frustrating. The defenders United have are clearly technically, limited, but that’s much less true of Mason Greenwood, Anthony Martial and Marcus Rashford. All have youth on their side, but for the latter two the time is now to make the step up to contribute decisively and consistently. They clearly have talent and occasionally the eye for goal, but unreliably so. Greenwood can excuse himself due to his young age, but the ruthlessness he showed as he emerged has to be developed, not squandered.

Solskjaer as a player demonstrated a clinical side, a knack for making a difference at the toughest and bleakest moments. He has that imbued in this United side, but if he is to become a rounded and durable manager, the first since his former boss at Old Trafford, then there is still much to work on.