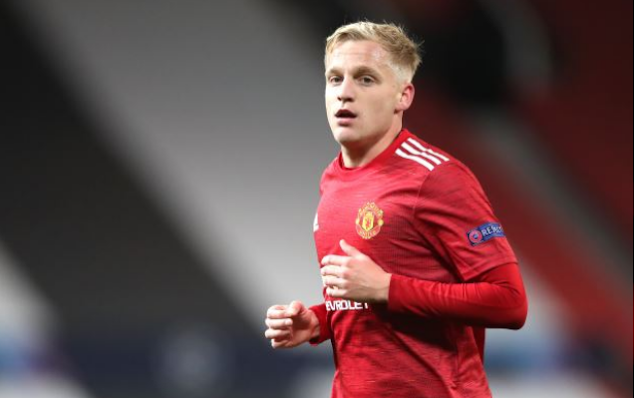 Edwin van der Sar has revealed that people at Manchester United have told him they are still confident summer signing Donny van de Beek will live up to his billing.

The midfielder has only started two Premier League games for Manchester United since arriving at Old Trafford in a £40m move during the last transfer window.

Van de Beek’s situation at Old Trafford is coming under increased scrutiny as he has only been able to find a bit part role in Ole Gunnar Solskjaer’s squad so far this season.

However, Van der Sar, a Manchester United legend, revealed that the Red Devils are still confident Van de Beek will rise to the levels expected of him as he continues acclimatising to the cut and thrust of English football.

The ex-shot-stopper stressed how earning a spot in Solskjaer’s midfield is a difficult thing to do with the quality the Norwegian has at his disposal, while adding that Van de Beek is continuing to push harder in training.

I do talk to a lot of people at the club [Manchester United] “, Van der Sar said on Dutch broadcaster Ziggo Sport’s Rondo talk show.