Manchester United earned a hard fought point at Anfield and are still on top of the Premier League table for the time being. As far as the... 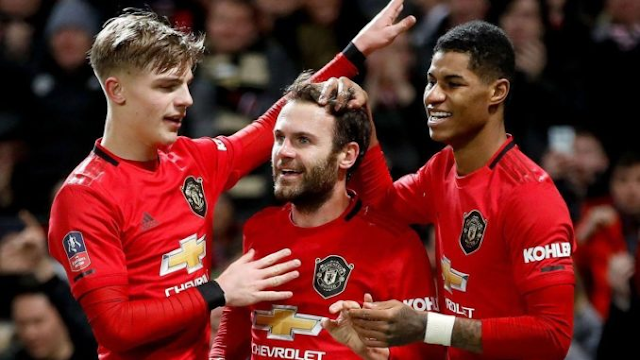 Manchester United earned a hard fought point at Anfield and are still on top of the Premier League table for the time being.

As far as the transfers are concerned, reports in the media suggest that Valencia are willing to sign Juan Mata from Man Utd in the summer transfer window.

According to La Razon, the La Liga club’s owner, Peter Lim has given the nod to bring the Spaniard back when his contract at Old Trafford expires in June.

The renowned media outlet have mentioned that the Mestalla outfit want to sell players to improve the financial situation and signing Mata for free is seen as a great market opportunity.

The 32-year-old playmaker proved his worth with Valencia before moving to Chelsea. The 41-capped international, who has won the World Cup and the European Championships with the national side, signed for Man Utd in 2014 and has served us well.

However, the veteran attacker has mainly been a bench warmer under the management of Solskjaer and this season, he has only made 4 starts in the Premier League thus far.

Therefore, it will not come as any surprise to see the £160,000-a-week playmaker (The Sun) leave Old Trafford for regular first team football and a return to Valencia would be a decent move for him.

In your opinion, who should Solskjaer sign to replace Juan Mata in the summer transfer window.