Rio Ferdinand wants to see either Ole Gunnar Solskjaer or someone in the  Manchester United  dressing room take after Sir Alex Ferguson for ...

Rio Ferdinand knows just how much it means for Manchester United to beat Liverpool at Anfield this afternoon.

But this is arguably the biggest match between Liverpool and United since Sir Alex announced his retirement in 2013.
The Red Devils haven't been the force they once were in the Premier League, but Solskjaer has now steered his side to the top of the table heading into today's clash.

Liverpool sit three points adrift of their rivals in a match which could end up deciding the title at the end of the season.

Ferdinand knows more than most what a match against Liverpool means having played in 21 games for United against the Reds, winning 13 with four coming at Anfield.

The former England international has revealed a small message Sir Alex used to deliver before games at Anfield helped inspire the United players in the past.

And Ferdinand wants to see the United dressing room do something similar this afternoon to break Liverpool's impressive unbeaten home record.

"There are big games, there are games that mean a bit more than the other and then there's the Liverpool game - especially when both teams are near the top of the table," he wrote on Instagram.

"Obviously with no fans in the stadium it's not going to be quite the same but trust me the importance of this game and its history will not be lost on these current players.

"Even just the thought of losing this game used to make you feel sick. This Manchester United team have the opportunity to really hurt this Liverpool team's confidence by going six points clear of them with a win.

He continued: "Fergie used to always say to use at Anfield 'this ain't like the old Liverpool teams that used to play here', just that little mention of them lacking some quality would put a spring in your step.

"Ole, or someone else in that dressing room, must be shouting that this is a weakened team compared to the last couple of seasons, first-choice centre-backs out, get at the from the first whistle.

"Simple, yes, but sometimes highlighting the obvious can trigger something. These games aren't about overcomplicating things a lot of the time, control your emotions, meet the challenge physically and mentally head on, play quick and aggressive and punish any mistakes... the rest takes care of itself.

"Tactically, you should know the drill and be working off auto-pilot from that standpoint." 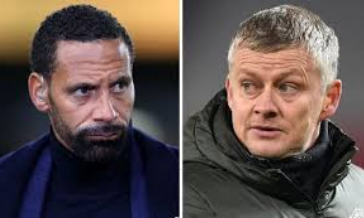