Ole Gunnar Solskjaer suggests he could start all 4 Manchester United strikers as he prepares to face Liverpool in the FA Cup Speaking to t... 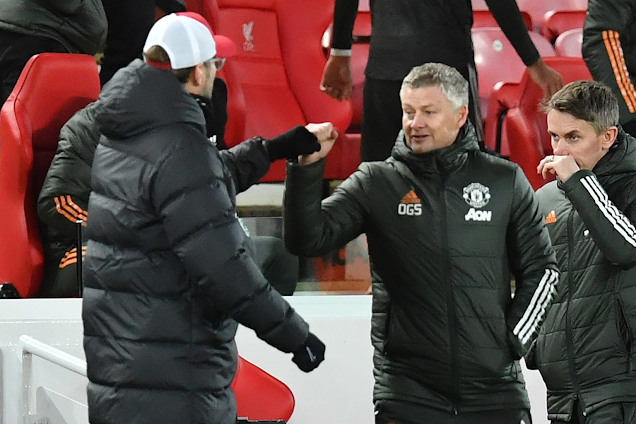 Speaking to the club media before the FA Cup match against Liverpool (h/t Manchester United website), manager Ole Gunnar Solskjaer indicated that he may field a team with all four United attackers in the starting XI.

“We’ve got a front three or four, well those three for many, many years, and Edi can help with his experience.”

The Norwegian went on to suggest that he could start all four of them together in the future.

“We’re working hard to get the relationships with all of them [strikers] so we can use them in different ways and sometimes maybe all four of them will play.”

Solskjaer explained that he is more than happy with the strikers at his disposal. And his suggestion is not ludicrous; Greenwood, Martial, and Rashford can all play on the wings, thus allowing Solskjaer more options.

A good chance to win

These comments come just in time for United’s FA Cup fixture this weekend. On Sunday, the Red Devils face a Liverpool team in their worst form in recent times.

And it could be said that Jurgen Klopp’s side are there for the taking. Liverpool are without Virgil van Dijk and Joe Gomez, and have an injury crisis in defence.

While the boss gave no indication of when he would field such an ultra-attacking team, seeing it against Liverpool this weekend would be exciting, even if it means that the game would be more open.

The club took a conservative approach at Anfield last week. Liverpool piled on the pressure before United finally starting attacking a weakened Liverpool defence in the last quarter of the game.