Starting XI: How should Liverpool line up against Man United?

It seems a long time since Jurgen Klopp was fist-bumping Curtis Jones as the young midfielder was brought on during Liverpool’s emphatic w... 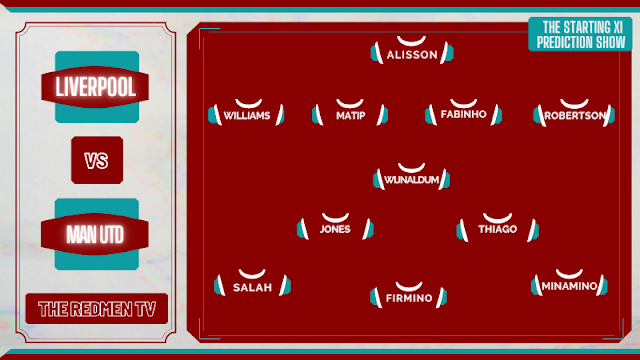 It seems a long time since Jurgen Klopp was fist-bumping Curtis Jones as the young midfielder was brought on during Liverpool’s emphatic win over Crystal Palace. The Reds’ form has been abysmal ever since and continued midweek as Burnley put an end to the Anfield unbeaten streak.

Divock Origi looked bright before missing a glowing chance in the first half. Salah came close. Liverpool continued to cross the ball aimlessly; a training session for Nick Pope at times.

The thought of missing out on back-to-back Premier League titles is enough to make fans have no time for the FA Cup, but Sunday’s game against United is a chance to break the curse – to steady the ship in the heavy January tide.

Kelleher’s performances this season are deserving of a start in the cup, but it would be unsurprising if Alisson started with leadership vital at the back for this one.

Neco Williams comes in. Trent’s form has been hard to watch of late – the Liverpool star right-back hasn’t been the same since returning from injury. A good performance from Williams could see the Welsh defender move up the pecking order.

No changes in the defence elsewhere. Liverpool must build consistency with a backline that has been makeshift for too long.

I’ve had enough of Thiago in the six – the Champions League winning midfielder is needed further up the field. Curtis Jones starts with Wijnaldum moving into a deeper role.

The Reds need to start creating chances. Klopp’s side threatened against Newcastle and missed opportunities, but relied on a mistake for the best chance of the game against Burnley – a Thiago-Jones attacking pairing can hopefully solve this.

Sadio Mane could be rested after a heavy workload in recent weeks. Takumi Minamino comes in alongside Roberto Firmino and Mo Salah. Xherdan Shaqiri should feature in the second half.

A win against United could get the season back on track – but Klopp must be prepared to take chances with the team selection. Whether it’s a change of system or new combinations in different areas – the Reds must find a solution before it’s too late.