Harry Kane has become the 18th different player to score 20 PL goals from outside the box. Another superb weekend of football and  By The ...

Another superb weekend of football and By The Numbers is here to sift through it all. In Spain, Athletic Bilbao lifted the Supercopa de Espana, beating Barcelona in a thriller that saw something unique from Lionel Messi (more on that later). In England, Manchester United and Liverpool cancelled each other out, Manchester City swatted aside Crystal Palace, while Leicester City and Tottenham Hotspur both eased to wins. In Italy, the big matches of the weekend saw Inter Milan beat Juventus and Lazio beat Roma while Napoli thrashed Fiorentina. Over in Germany, Bayern Munich won, while the chasing pack all dropped points -- Bayer Leverkusen lost to Union Berlin (who are now 5th, incidentally), RB Leipzig drew with Wolfsburg and Borussia Dortmund drew with second-from-bottom Mainz.

Here then, are the best stats from the weekend's action.

Since scoring with seven of their 14 shots against Crystal Palace (50%), Liverpool have scored just one goal from 62 shots in their last four PL games, a conversion rate of 1.6%.

This is a weird, rather unwanted record one. Wolverhampton Wanderers' Fabio Silva is the youngest player (18 years, 181 days) ever to lose both of the first two PL matches in which he has scored (lost 2-3 to West Brom, 1-2 to Burnley).

Harry Kane has become the 18th different player to score 20 PL goals from outside the box, with his goal against Sheffield United equaling the number of such goals that Cristiano Ronaldo and Gianfranco Zola scored in the PL.

With that glorious outside-of-the-boot cross to John Stones, Kevin De Bruyne has now assisted 100 goals in all competitions for Manchester City. That is 31 more than any other PL player since his debut for City.

It was, in fact, De Bruyne's 75th PL assist for Manchester City and 76th overall, moving him level with Teddy Sheringham for 10th most all-time in the PL. The only active PL player with more assists than De Bruyne is James Milner (8th, 85)

The Manchester United match was Jurgen Klopp's 200th PL game in charge of Liverpool. Only Jose Mourinho has won more in his first 200 PL games (137) than Klopp (127).

Marcelino García Toral is the first manager in history to win two consecutive one-legged finals against Barcelona (in all competitions). He led Athletic Club to victory this Supercopa and Valencia to victory in the 2019 Copa del Rey.

It must be noted, though, that Hector Cuper had beat Barca in back-to-back Supercopa finals ('98 with Mallorca, '99 with Valencia), but those were two-legged affairs.

Athletic's Inaki Williams is the only player to both score and assist in a game against Barcelona this season in all competitions.

This was Athletic's 3rd Supercopa title, their first trophy of any sort since 2015 -- when they defeated Barca in the Supercopa, with Ernesto Valverde as their manager! (Barca were under Luis Enrique).

It was not a happy night for his team, but Antoine Griezmann had a good outing. Griezmann has scored five goals in his last four finals in all competitions for club and country (two for Atletico Madrid vs. Marseille in the Europa League, one for France vs. Croatia at the 2018 World Cup and two against Athletic this Supercopa).

Inter's opener came from Arturo Vidal, his first league goal for the club and his first goal in Serie A since 02/05/2015 vs. Sampdoria (for Juventus in that case), 2087 days ago.

Napoli's 6-0 hammering of Fiorentina was the 2nd time of them scoring 6 goals in a match this season. They are now the only team in Europe's top five leagues to have 6+ goals in a single match on more than one occasion.

Inter have won a Serie A match vs. Juventus without conceding a goal for the first time since April 2010. 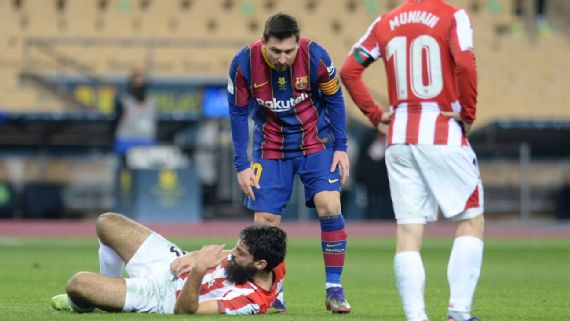 Luka Jovic is back in Germany, and he's back scoring. He scored 2 goals in 28 minutes for Eintracht Frankfurt (against Schalke), which is just as many as he did in 32 games for Real Madrid.

Someone who's not really stopped scoring for sometime now is Robert Lewandowski. His opener against Freiburg took him to 21 league goals, the first player ever to hit that mark inside the first half of a Bundesliga season.

Cristiano Ronaldo couldn't affect Juve-Inter much, while Lionel Messi's most significant act against Athletic is one he will not ever want to look back at. Not the best weekend for the two great players.

In what was his 753rd appearance in all competitions, Lionel Messi was sent off for the first time in a game for Barcelona. He was sent off after a VAR review for off-the-ball violent conduct. Unexpected. 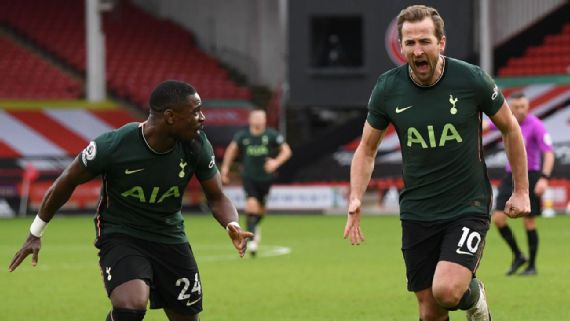