Arsenal welcome Manchester United to the Emirates Stadium in a huge Premier League clash, but manager Mikel Arteta will be without as many... 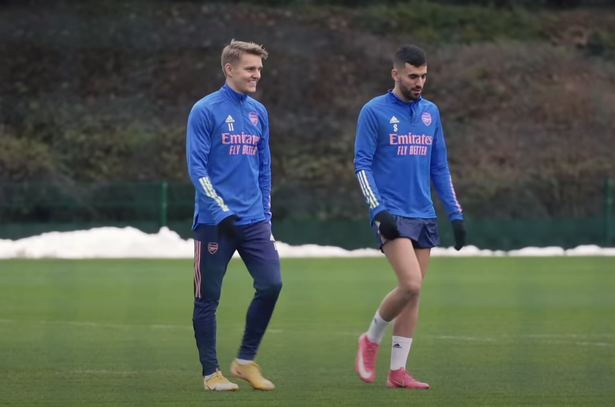 Arsenal welcome Manchester United to the Emirates Stadium in a huge Premier League clash, but manager Mikel Arteta will be without as many as four first-team players

The latest Arsenal team news update ahead of this evening's Premier League game against Manchester United has been revealed.

And it's mixed news for manager Mikel Arteta.

On one hand, the Spaniard will have both Thomas Partey and Emile Smith Rowe available to face United after the midfield pair emerged as doubt after limping out of the 3-1 win over Southampton on Tuesday night.

But as confirmed by Arsenal.com, they are in contention to start.

However, the bad news is that Arteta will be without as many as four first-team players for the visit of Ole Gunnar Solskjaer's Premier League title contenders.

As first reported by football.london , captain Pierre-Emerick Aubameyang won't be available this evening after revealing on Wednesday that he has been looking after his mother who is currently suffering from illness.

Meanwhile, the rest of the absentees are injury-related.

Dani Ceballos is back in full training following a calf problem, but is not in contention to make his return.

"Left calf. Dani has resumed training but still unavailable for Saturday’s match. Dani will continue to be assessed in the coming days," an update reads.

January loan signing Mat Ryan has been denied the chance to make the bench as he picked up a hip problem in training. And defender Pablo Mari remains on the sidelines despite resuming full training.

Kieran Tierney faces a late fitness test on a leg injury that kept him out against Saints.