Manchester United are reportedly set to be rivalled by rivals Tottenham in the race to sign Max Aarons from... 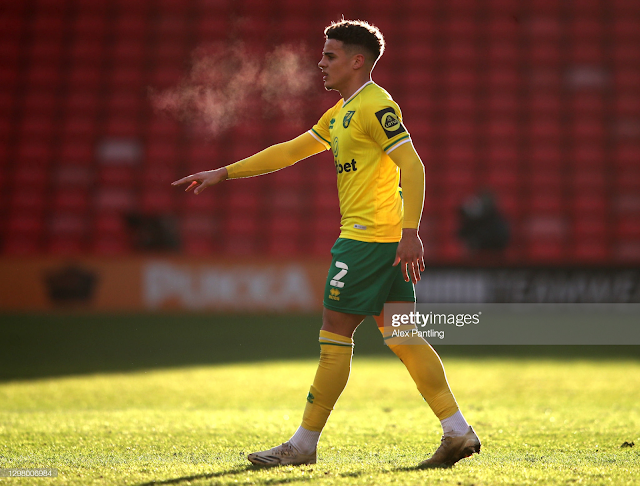 Manchester United are reportedly set to be rivalled by rivals Tottenham in the race to sign Max Aarons from Norwich City.

According to a report by Sunday Mirror, as relayed by football.london, Tottenham Hotspur have joined Manchester United and Everton in pursuit of Max Aarons. In fact, Spurs are considering a bid worth £20 million for the Norwich City right-back.

Aarons joined Norwich City from Luton Town in 2016 before making grade in the club’s first-team setup a couple of years later. Since then, the 21-year-old has gone from strength to strength while becoming a pivotal figure for the Canaries over the past three years or so.

This season, the youngster’s stock has only continued to rise, having played all but one game for Norwich this season, raking in 27 appearances across all competitions. Aarons’s progress has not gone unnoticed, with Manchester United and Tottenham among the clubs who have their sights set on him.

Manchester United have been reported to be in the market for a right-back, as they look to provide quality competition to Aaron Wan-Bissaka. In fact, it is Wan-Bissaka’s deficiencies in the final third that have prompted Manchester United to scour for options to boost Ole Gunnar Solskjaer’s resources, as they search for a quality attacking full-back, with Aarons a target.

Apart from Aarons, the Red Devils have also been linked with former Tottenham superstar Kieran Trippier, who might be a summer target for them. Manchester United, though, now face stiff competition in the race to sign Aarons, with Tottenham emerging in his pursuit.

The interest from Tottenham comes as a bit of a surprise, considering they only signed a right-back in Matt Doherty this past summer. With Serge Aurier also at the disposal of former Manchester United manager Jose Mourinho, it will be interesting to see how Spurs fit Aarons in the scheme of things.

Nevertheless, it has been suggested that Tottenham are ready to launch the offensive for Aarons, having prepared a £20 million bid to secure his services. Meanwhile, Everton are also in the hunt for the 21-year-old, as they look for a long-term successor for Seamus Coleman.

It all amounts to a possible summer transfer battle for the services of Aarons, and it will remains to be seen if Tottenham’s offer will be enough for them to prise the youngster away from Norwich, or if Manchester United and Everton produce better bids to land the Englishman.