Earlier this month, Luca Ercolani’s time at Manchester United came to an end when the Red Devils allowed the centre-back to return to Ital... 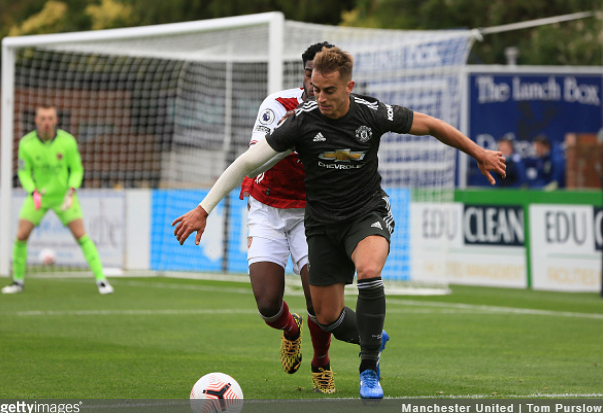 Earlier this month, Luca Ercolani’s time at Manchester United came to an end when the Red Devils allowed the centre-back to return to Italy. He joined Carpi 1909 and signed an 18-month contract with the Serie C side.

The Premier League side took the 21-year-old in July 2016 after he successfully completed a trial.

Having featured for the club’s U18 and U23 sides, the defender failed to find his way into their senior team.

The player has given an interview to TuttoMercatoWeb, and explained his decision to leave United for the lower division club in Italy.

“I knew it would happen sooner or later. At Manchester United, I was in the Under 23, a beautiful world, but up to a certain point. I wanted to play with the adults, I couldn’t wait too long to start over. It was right to get involved,” he said.

Ercolani only had positive things to say about his five-year spell in England and also expressed his desire to return to the country in the future.

“England fascinated me. In the future I would like to return,” explained the defender.

“I have a fantastic memory, thinking about it Friday morning. Going there at sixteen makes you grow. You learn to live alone, to face adolescent difficulties away from family and friends. It is an experience that I recommend.

“I bonded a lot with Juan Mata who sent me a very touching message of greeting and good luck when I left.

“Then all the Spanish and Latin boys and obviously Matteo Darmian while he was in Manchester. It’s a young group, everyone has put themselves in my shoes. Juan was special, he is an example.”

Although Ercolani remains interested in returning to England, his dream is to represent Juventus.

“As a child I was a Juventino. I also sympathise with the history of Milan, similar to that of Manchester United. However, cheering for Juve: wearing Juventus would be a dream,” he concluded.