A 'FRUSTRATED' DEAN HENDERSON HOPES TO LEAVE MANCHESTER UNITED THIS SUMMER, ACCORDING TO REPORTS

Dean Henderson hopes he will leave Manchester United this summer, according to a report which explains how he is unhappy at being second-c... 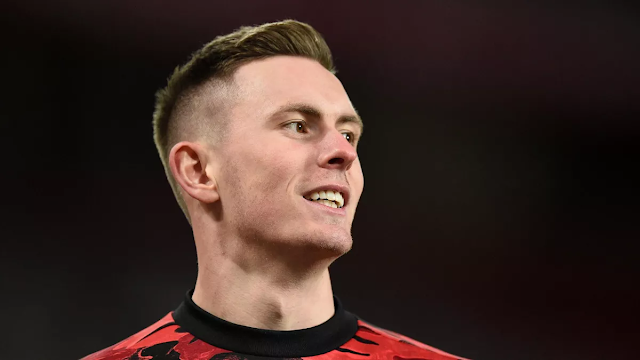 Dean Henderson hopes he will leave Manchester United this summer, according to a report which explains how he is unhappy at being second-choice to David de Gea. Tottenham, Chelsea and West Ham United are all said to be interested in signing the 23-year-old who is under contract until 2025 and valued at a reported figure of £40m.

Dean Henderson is frustrated at Manchester United and wants to leave the club to be a first-choice goalkeeper elsewhere, according to the Manchester Evening News.

The regional publication says the 23-year-old no longer wants to be "second fiddle" to David de Gea. Henderson has started 11 games this season, keeping five clean sheets. Seven of those matches were cup ties.

Henderson particularly impressed during his two-year loan at Sheffield United last season, but he has started twice in the league this campaign and it seems he wants out.

Ole Gunnar Solskjaer, who has previously said Henderson would become number one, spoke about the goalkeeper after he kept a clean sheet against Real Sociedad in the Europa League last Thursday.

"Dean tonight was very solid, good kicking, should have had an assist for Marcus [Rashford], which is another thing we worked on today," he said.

"He was clean in his handling, clean with his short passes, a good performance and he is maturing all the time.

"But I have a very, very good goalkeeper in David and he saved us against West Brom so I can’t say to you now. I always speak to the players first before I say who’s not playing, they’ll know."

OUR VIEW - MOVE ON HENDERSON

There are plenty of reports stating it will be either Henderson or De Gea who leaves this summer.

It has not worked out for Henderson this season. He would have felt off the back of an immensely successful Sheffield United loan that he would be getting the starting spot this campaign. Otherwise, he may well have sought an exit last summer if he knew being second fiddle would be the state of play. At his point in his career playing a token cup game is a waste of time.

It seems either Solskjaer does not currently know who is best goalkeeper is or he does not rate either of them. It may be that they sign an entirely new goalkeeper - AC Milan's Gianluigi Donnarumma linked - this summer instead.

If it is true that clubs like Tottenham, Chelsea and West Ham United are genuinely interested in Henderson, then it would be in the 23-year-old's best interests to move to one of those who can guarantee him first-team football.