Teenage winger Amad is still yet to make his senior debut for Manchester United following a move from Atalanta last month, but the Ivorian i... 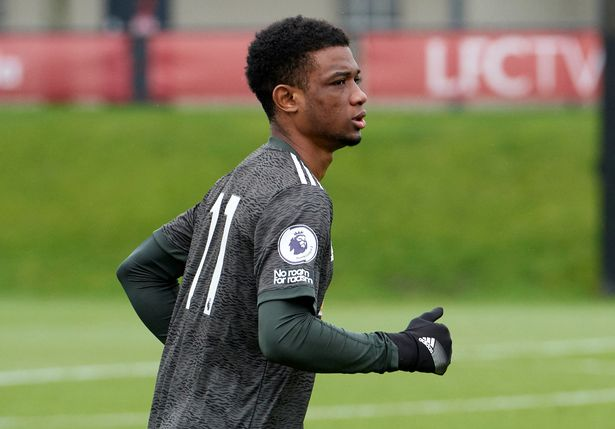 Teenage winger Amad is still yet to make his senior debut for Manchester United following a move from Atalanta last month, but the Ivorian is said to have made a huge impression at the club already.

Youngster Amad’s impact behind the scenes at Manchester United has been revealed after just a month at the club.

Amad finally made the move to United at the start of January after agreeing a switch from Serie A side Atalanta last summer.

The Ivorian is still yet to make his first team debut for the club, but has shown a glimpse of what he can do at U23 level.

And the MEN report that he has already been making a huge impact at the Red Devils, especially among the youth ranks.

Amad has played in two Premier League 2 games so far for United’s U23 side, making his debut in the 6-3 thriller against Liverpool at end of last month.

It is claimed that the 18-year-old had not met or trained with his team-mates prior to the match, but he went on to score twice in a very impressive club debut.

Amad has since followed that up with another goal in the 6-4 win over Blackburn, and has collected three assists across both games.

More recently, he earned a place on the bench against West Ham in the FA Cup this week.

It remains to be seen when the teenager will be handed his first senior appearance, but he is certainly making strides in the right direction to do so sooner rather than later.

Away from the pitch, Amad has been fined £42,000 over accusations he and his brother entered Italy using fake documents as a child.

An investigation was launched by prosecutors last year, but has since been taken on by the Italian football federation (FIGC).

A statement from FIGC read: “Allowed, in order to be able to enter into his first professional contract with Atalanta, on 11 July 2018, the use of the false name Traore Diallo Amad.

“Other non-registered subjects (Traore Hamed Mamadou and Teher Marina Edwige Carine) carried out acts aimed at obtaining false or altered documents to circumvent the rules on entry into Italy and membership, as a non-EU citizen already residing in Italy.

“It was found that they pretended to be the parent of the footballer, using false certificates attesting the relationship of kinship.

“Finally, for himself, to obtain subsequent membership cards with companies affiliated with FIGC, continuing to use the false certifications that had allowed him to settle in Italy with fictitious parents.”

The investigation is not expected to hamper his ability to be included in matchday squads or train with United.