Manchester United returned to winning ways in the most emphatic of styles, destroying nine-man Southampton 9-0 on Tuesday to move level on... 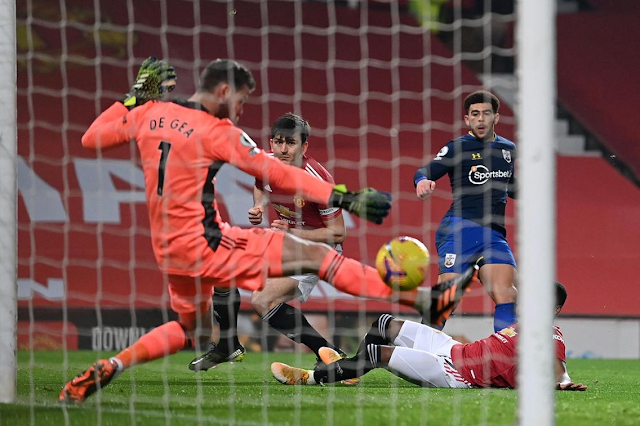 Manchester United returned to winning ways in the most emphatic of styles, destroying nine-man Southampton 9-0 on Tuesday to move level on points with Manchester City at the top of the table.

It is the second consecutive Premier League campaign Southampton have suffered a 9-0 thrashing after Leicester City last season at St Mary's equalled the record set by United against Ipswich in 1995.

The visitors were punished for Alexandre Jankewitz's second-minute red card on his Premier League debut.

Aaron Wan-Bissaka, Marcus Rashford, Edinson Cavani and Jan Bednarek's own goal made it 4-0 before half-time.

Anthony Martial came off the bench to score twice in the second half, while Scott McTominay, Bruno Fernandes and Daniel James also netted either side of Bednarek's late dismissal.

Assessing the performances at Old Trafford, Andy Mitten provides the player ratings for the Manchester United squad, while James Capps reviews the Southampton side in the photo gallery above.

To move on to the next photo, click on the arrows or if using a mobile device, simply swipe. 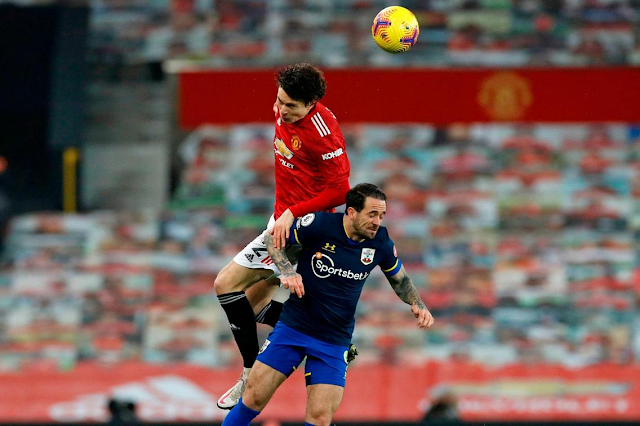