Manchester United are currently preparing to take on Real Sociedad in the second-leg of their first-round knockout match in this season’s ... 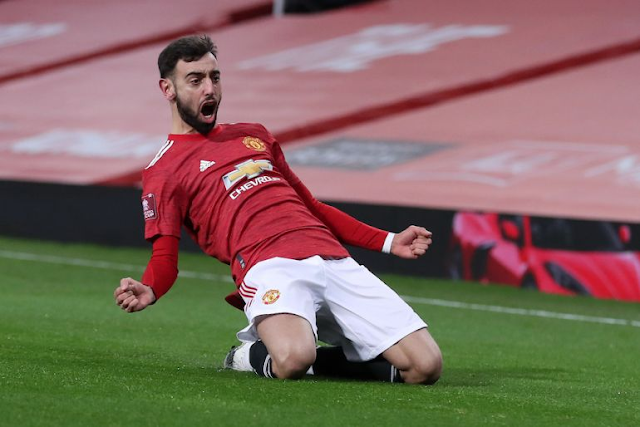 Manchester United are currently preparing to take on Real Sociedad in the second-leg of their first-round knockout match in this season’s Europa League.

Solskjaer’s starting side includes Dean Henderson in place of David De Gea in between the sticks and striker Anthony Martial upfront.

Elsewhere, new-signing Amad Diallo will be forced to wait to be called into action as he is resigned to a place on the bench.

In place of United’s centre-back, who would usually lead the Red Devils out, is midfielder Bruno Fernandes.

The Portuguese superstar, who has arguably been Solskjaer’s main-man this season, is set to be awarded the armband.

United come into Thursday’s match off the back of a brilliant 4-0 win in the first-leg.

It’s going to be a tough ask for Real Sociedad to overturn such a commanding lead, especially considering one of their opponent’s most vocal players will be orchestrating proceedings.

In light of the news that Fernandes will captain the side, fans have been quick to take to their social media to react.