Bruno Fernandes has admitted he's had a couple of disagreements with the Man Utd boss The Manchester United superstar has opened up ab...

The Manchester United superstar has opened up about his relationship with Solskjaer, one that is driving him to new heights in his first full season in English football.

In the 12 months since his Manchester United debut, Bruno Fernandes has done little to annoy anyone at the club.

After signing from Sporting in the final days of the January window last year, the Portuguese has taken the Premier League by storm.

In his first 54 games, Fernandes has 49 goal involvements and is widely regarded as United's best signing in a number of years.

But that doesn't mean he is exempt from Solskjaer's own brand of 'hairdryer' treatment, with the midfielder admitting he has been on the receiving end of some choice words on two occasions.

"He has his moments, like everyone else," he told TV2 . "I think he's been really mad at me twice.

"It's not so much, I've played 54 games now. During those fights he has been angry with me twice, it's not bad, so I'm happy with that.

"But I think it's important. Sometimes he has to be calm, other times he has to scream and yell at his players. It's about how to get the best out of the players.

"For me, it works well that he is angry sometimes. I do not want to be such a player no one demands.

"I want both him and my teammates to make demands on me when I do not do the right things."

Fernandes has few regrets about his first year, but has previously suggested that failing to win a trophy is his major one.

United were knocked out of the Europa League in the semi finals last season, before falling at the same stage of the Carabao Cup this time around.

However, with the Red Devils still fighting on three fronts in the second half of this season, he is determined to lift some silverware in his first full campaign for the club.

"We have to focus on the trophies. That's what it's about," he added.

"We have to focus on all the tournaments we are in. Now we are still in three tournaments. Now it's first the Premier League, then the FA Cup and then the Europa League begins. I think we have to think that we are going to win all those tournaments.

"We have the chance to do that and we have to believe that it is possible." 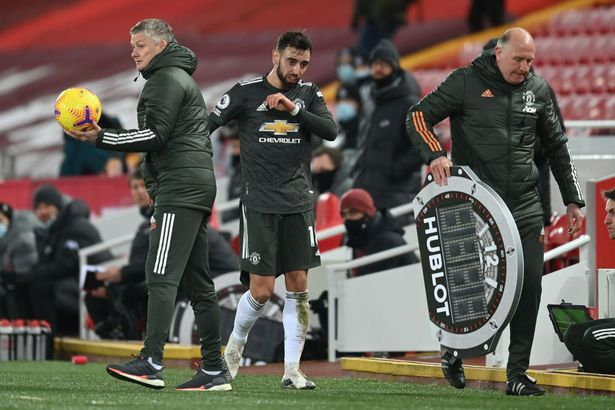