David Beckham sent a message to Marcus Rashford after the 23-year-old equalled his scoring tally for the club. David Beckham is expecting ... 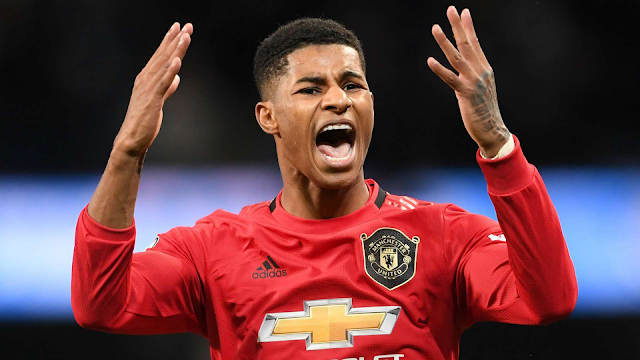 David Beckham sent a message to Marcus Rashford after the 23-year-old equalled his scoring tally for the club.

David Beckham is expecting Marcus Rashford to surpass his Manchester United goal tally before long after the forward drew level with him on 85 goals.

United favourite Beckham sits in 24th place on the list of the club's all-time highest scorers, ahead of fellow club icon Eric Cantona and just behind Lou Macari.

The former winger was joined by Rashford on 85 strikes after United's No.10 netted the opener in the weekend win over Newcastle at Old Trafford.

Rashford fired United in front on Sunday night as he ran down the left wing and cut onto his right, beating goalkeeper Karl Darlow with a low effort at the near post.

Rashford's goal took his tally to 18 for the season, just four goals shy of his own personal record in a single campaign, which he achieved last year.

In order to celebrate the occasion United shared a congratulatory post on their official Instagram account - with Beckham one of the thousands who responded with a message of support.

Taking to the comments section, Beckham joked he had no idea he had scored so many goals for United.

“Not sure we will be on the same number for long @MarcusRashford,” joked Beckham. “Didn't realise I'd scored that many!”

Taking to social media after the win over Newcastle Rashford himself acknowledged the milestone in his career.