A list of possible Manchester United transfer targets have emerged, and it suggests that Ole Gunnar Solskjaer is going to make signing a c... 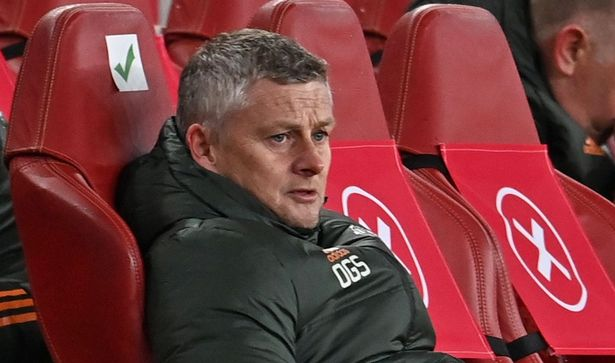 A list of possible Manchester United transfer targets have emerged, and it suggests that Ole Gunnar Solskjaer is going to make signing a centre-back a priority.

Manchester United are in the market for new recruits this summer and Ed Woodward has promised to back Ole Gunnar Solskjaer with funds.

A list of possible transfer targets has already emerged, and suggests Solskjaer is going to make signing a centre-back a priority.

Manchester United are happy with England international and £80million captain Harry Maguire commanding the back four for the next few years.

But the Red Devils have conceded too many goals this campaign to mount a serious title challenge, and want someone to partner him next season.

The names on the wishlist, according to ESPN, are: Raphael Varane, Tyrone Mings, Jules Kounde, David Carmo and Dayot Upamecano.

Jadon Sancho is also still on United's wishlist and a player the Red Devils will again target this summer after missing out on him last season.

If Solskjaer can oversee a successful summer of business for United, then here is how they may line up next season.

David de Gea will likely keep his place between the sticks for United next season, but for the first time in years his position is under genuine threat.

Dean Henderson wants first team football and De Gea has made more than a few too many mistakes this season. But regardless of who Solskjaer selects in goal, he won't have to look to the transfer market.

Aaron Wan-Bissaka will play right-back, while a rejuvenated Luke Shaw will keep his place on the opposite flank.

As aforementioned, Maguire is set to captain the Red Devils for the next few seasons, and the most likely candidates to line up next to him next season are Kounde or Varane.

The former is right at the top of United's wishlist, as revealed by Mirror Sport, but would command a huge £60million transfer fee.

Varane would cost considerably less, given he is out of contract in 2022 and reportedly looking for a new challenge. He's also been on United's radar for years.

Moving into midfield and World Cup winner Paul Pogba looks to be a mainstay now, alongside Portuguese sensation Bruno Fernandes.

Solskjaer has Fred,Donny van de Beek and Scott McTominay as other options, and it seems the latter is winning the selection race at the moment.

Up top Marcus Rashford looks set to keep his place on the left, while Edinson Cavani, who looks certain to have his contract at United extended for another season is the club's strongest attacker and best candidate to lead the line.

Solskjaer has a number of other stars to pick from to play on the right, including Mason Greenwood and Anthony Martial - who's play on the left with Rashford swapping to the right.

But if things go to plan for United this summer then Solskjaer will finally have Sancho to call upon, and this could really turn the Red Devils into title contenders.

Signing two players could see Man United spend as much as £160million this summer, which is an incredible amount of money.

But Woodward has vowed to back Solskjaer, saying in 2020: "We will continue to support Ole with a planned, long-term approach to recruitment, focused on the summer windows."