Midfielder scored twice on his first Premier League start in over a year Jesse Lingard revealed his delight after his debut double kept West... 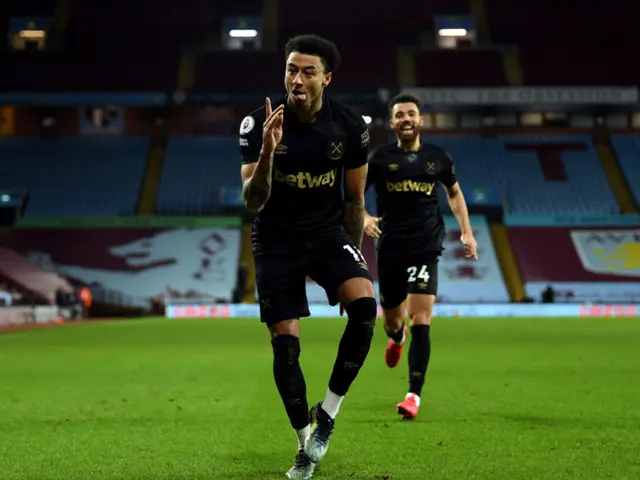 The forward grabbed a brace in Wednesday's 3-1 win at Aston Villa - his first Premier League start for over a year after joining on loan from Manchester United.

Lingard impressed in front of watching England boss Gareth Southgate as he looks to revive his international career having not played for his country since 2019.

"I was smiling before the game, during the game, I just love football and enjoy playing," he told the club's official website.

"It's been a long time. I enjoyed myself, and came out with two goals and three points, which was the most important thing.

"We worked hard as a collective to get the result and we're just focused on the next game, which is Fulham on Saturday.

"The team has been great with me and I've settled in quickly. I know some familiar faces, which has helped, and as long as we work hard on the training ground and on matchday (we'll get more results like this).

"In training we've had that connection as well and I feel like I've bedded in quickly, so come the matchday it's easy to play with Michail (Antonio). As a team and as a collective we worked hard and that showed."