James Gets 6, Shaw With 7.5 | Manchester United Players Rated In Stalemate Vs Chelsea

Manchester United faced off against Chelsea at Stamford Bridge earlier this evening hoping to pick up a win away from home. The match didn’t live up to its expectations as both sides adopted a rather cautious approach. The hosts created some good chances in the first half whereas the visitors looked quite dangerous in the second forty-five minutes. The match ended 0-0 and it’ll be fair to say that both teams will be happy to have shared the points.

Let’s take a look at how each Manchester United player fared during the match against the Blues.

The Spanish shot-stopper was put to test on a couple of occasions by the Chelsea front-men; however, he came out on top whenever tested. He made a brilliant save to deny Hakim Ziyech from finding the back of the net early into the second half.

He kept his shape defensively and made things hard for the Chelsea attackers down the right flank.

The skipper had a couple of nervy moments, but he dominated aerially and made several important challenges to keep things tidy at the back.

The Swedish defender made some crucial clearances and interceptions to help his side secure a clean-sheet.

The English full-back came short against the tricky Callum Hudson-Odoi at times in the first half; however, he efficiently tracked back throughout the game to help his side at the back. His defensive performance was impressive tonight.

The Brazilian midfielder wasn’t afraid of putting in tackles and challenges to win the ball back for his side. He dropped back and did whatever possible to fend off the threats possessed by Tuchel’s men.

The Scottish international showed high levels of aggression and commanded the midfield with a certain authority.

The Welsh international displayed a high work-rate and took up all the right positions but was dispossessed way too often. He seemed a bit callous on the ball.

The Portuguese playmaker tried his level best to break the deadlock but things didn’t quite happen for him. He cut a frustrated figure on the pitch tonight.

The 19-year-old looked lively but he didn’t get too many chances. He was later replaced by Anthony Martial around the 79-minute-mark.

The Englishman had a decent game but he could have made better decisions in the final third.

Provided United with some extra energy going forward but that’s all he had to offer. 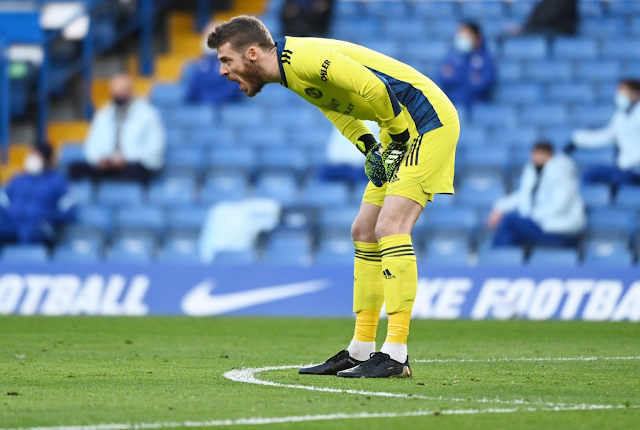