Aston Villa have enjoyed mixed fortunes against the contenders for this season’s Premier League title.

Dean Smith’s men humiliated Liverpool 7-2 at the beginning of the campaign, but they’ve since lost narrowly to Manchester United and Manchester City on the road.

The Villans could jump up to fifth with a victory over West Ham - who currently hold that position - at Villa Park this evening.

At this stage last season Liverpool had already sewn up the title, but the Premier League is wide open this year and teams like Villa are dreaming of Europe.

However, the title race looks as though it’s being whittled down to three teams: City, United and Liverpool.

City and United are currently level on points at the top, but Pep Guardiola’s side have two games-in-hand on their rivals. Liverpool are a further four points back in third.

Villa assistant coach John Terry believes City - who are in the midst of a 19-game unbeaten run across all competitions - are the team to beat.

“We played against them recently, and they are the kind of team that, no matter how you play, if they are on it, they can beat anyone in the league,” Terry told talkSPORT (via the Mirror)

“They are showing that with their recent run that they are a threat.

“When you play against them the movement is incredible and you really don’t know what to do.

“It’s one of those games where you come off and can only learn from it really, how well they move and the options they give each other on the pitch.

“They make it so difficult for the opposition team so they are the ones for me.” 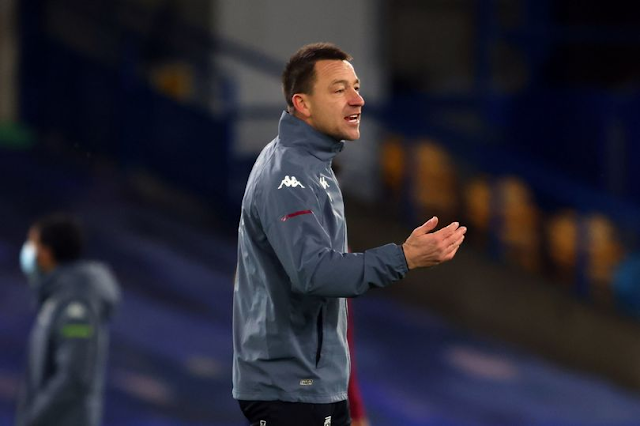