Influential centre-back Virgil van Dijk has been out since October as Liverpool have suffered a defensive injury crisis.

Liverpool boss Jurgen Klopp has confirmed he is not expecting Virgil van Dijk to play again this season.

The influential centre-back has been out injured since October after suffering a knee injury in the Merseyside derby with Everton following a strong challenge by Jordan Pickford.

With fellow defenders Joe Gomez and Joel Matip also suffering long-term injuries, Liverpool have struggled to be at their best this season, with midfielders Jordan Henderson and Fabinho often having to deputise at the back.

It has allowed both Manchester United and Manchester City to jump above Liverpool in the title race.

After Monday's transfer deadline, which saw Liverpool bring in two centre-backs, Van Dijk remains registered to play in the Premier League this season, but Klopp admitted it is unlikely.

"In the moment, I don’t know where these things are coming from – nobody really, no doctor, nobody really told me there’s a chance for Virgil to play in this season again.

"If we have space we would put them all on, even when all the medical people tell us there’s no chance. We put them on because we believe in miracles from time to time.

"But if there’s no place then we have to consider these kind of things and say, 'The chance is not too big so we have to make the decision.' But if they are on the list then it’s only because we hope for nearly a miracle. That’s it." 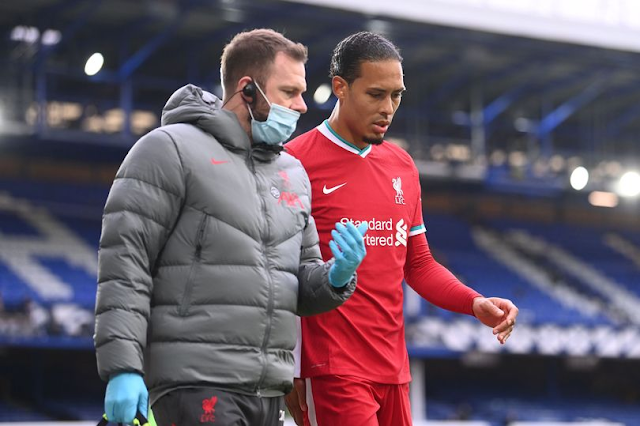