Manchester United signed Edinson Cavani in the summer after the Uruguayan forward left PSG with the 33-year-old having impressed for the Premier League giants so far.

Manchester United have been told to avoid making the same mistake with Edinson Cavani as Barcelona made with Luis Suarez.

United signed Cavani in the summer after the Uruguayan forward left PSG with the striker impressing at Old Trafford.

He has bagged six Premier League goals, though his strength and hold-up play has been a focal point for Ole Gunnar Solskjaer.

Cavani signed a one-year deal at United in the summer though there were reports in December that the Red Devils are keen to extend his deal.

At 33, many thought Cavani’s best years were behind him though Tony Cascarino believes United should do all they can to keep him, unlike Barcelona did with Suarez.

“Manchester United should be asking Edinson Cavani now how long he wants to stay with them, and offering him something to sign,” Cascarino wrote for The Times. “They look a totally different attacking team with him in there.

“He and Luis Suarez have long been the hardest-working front pairing in international football and they will both be top class well into their mid-thirties because they are so fit and disciplined.

“Barcelona have been made to regret losing Suarez, 34, and United can’t afford to make that mistake with Cavani, who is 33.”

Cavani’s impact has been praised by many, including United team-mate Paul Pogba.

When asked what Cavani brings to the team, the World Cup winning midfielder had said: "Experience.

"Showed that someone like him in training in the game just showed the hard work and he’s 33-years-old he’s been winning playing well, top class player and he’s here working hard.

"He’s good for the young players to see that, to see the guy here who’s done so much and he works so hard.

"He gives this positive energy, the mindset of hard work and the experience, its been great to have him. Everyone is learning from him, from the oldest guy to the youngest.

"When I see him and even if he’s speaking in Spanish, just the energy that he brings to the team." 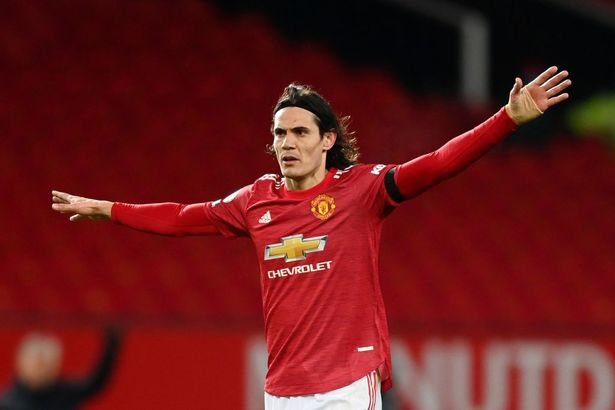