According to Sportsmail, Manchester United are keeping an eye on Everton centre-back Jarrad Branthwaite as the Red Devils prepare for the fu... 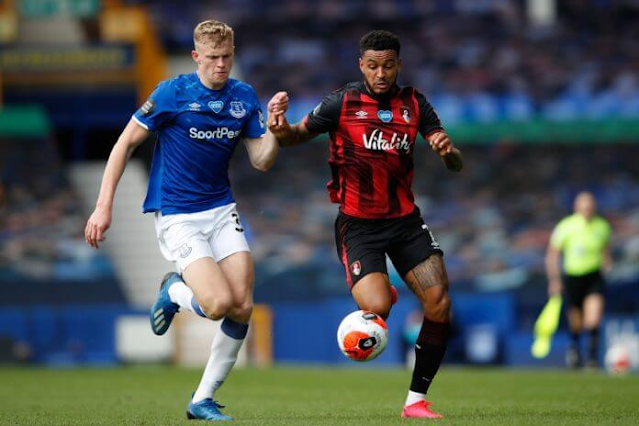 According to Sportsmail, Manchester United are keeping an eye on Everton centre-back Jarrad Branthwaite as the Red Devils prepare for the future.

Manager Ole Gunnar Solskjaer wants to rebuild his defence this summer, and while the Toffees teenager is not expected to walk straight into his first-team at Old Trafford if signed, he is very much on their radar.

The England youth international is currently on loan at Championship side Blackburn, and his performances have caught the eyes of the Red Devils.

Branthwaite being a left-footed centre-back has also caught the eye of Liverpool and Manchester City, and Everton could have some battle on their hands in the coming months.

The 18-year-old moved to Goodison Park from Carlisle United a year ago in a £1 million deal, and he quickly impressed manager Carlo Ancelotti.

Thanks to an injury crisis at the back, he made his Everton debut against Wolverhampton Wanderers following the restart last July and went on to make four Premier League appearances.

The Toffees started the 2020-21 campaign with a fully fit squad, and they decided a loan move was best for Branthwaite in order for him to continue his development and play regular games.

Standing at an impressive 6ft 5ins, it is not surprising that a quick and ball-playing centre-back is attracting Premier League leaders Man City, Man Utd and Everton bitter city rivals Liverpool, and more suitors are expected to emerge in the months ahead.

He has only featured in eight games this term for Blackburn, and while his ball intercepting skills have continued to improve and stand him out from the crowd, he needs to be better in aerial duels.