Louis Saha was a member of Sir Alex Ferguson's Manchester United team that reached the 2008 Champions League final and beat Chelsea on... 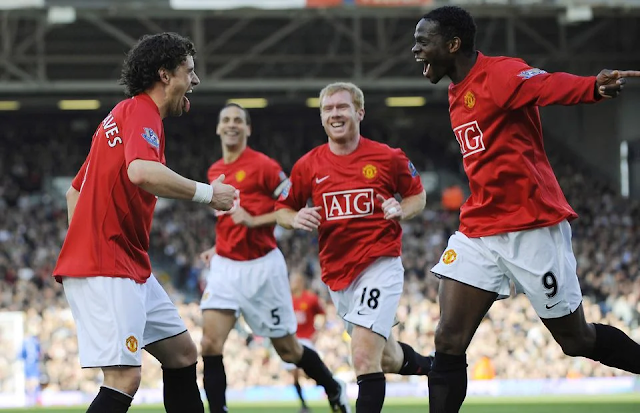 Louis Saha was a member of Sir Alex Ferguson's Manchester United team that reached the 2008 Champions League final and beat Chelsea on penalties.

Dressed immaculately in a t-shirt and blazer, a smiling Saha persevered with the minor technical difficulties that have become part and parcel of a Zoom call and opened up in one of his most wide-ranging interviews to date in an exclusive with GIVEMESPORT.

"Of all the centre-forwards we employed, when you talk about their talents (two-footed, good in the air, spring, speed, power), Saha would be one of the best," Ferguson once wrote in his autobiography.

That quote felt like a good place to start, and Saha unsurprisingly responded in kind by explaining Ferguson played a significant role in his development as a player.

"He was such an enormous figure for me in my career. I thought I knew football when I arrived at Old Trafford but he really changed me a lot.

"One of the best pieces of advice he gave me was 'I brought you here because you have tremendous quality but I wasn't sure about your self-belief.'

"And he said to me, 'I just want you to express yourself, not hide from it or be scared of using it.'

"That's why I think Sir Alex Ferguson was very important to me as a player because he did challenge me and gave me the confidence to play as well." 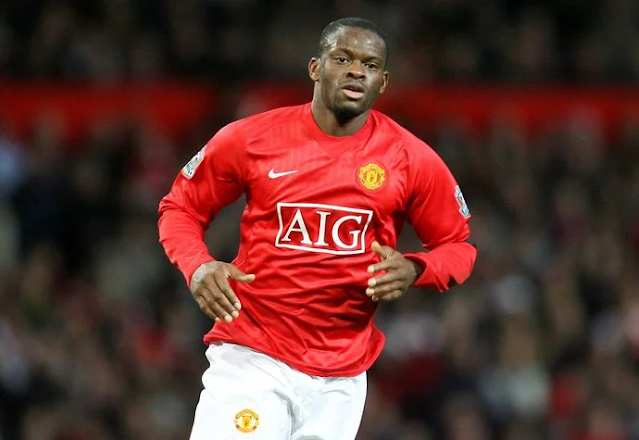 After signing from Fulham, the former France international spent more than four seasons at Old Trafford, scoring 42 goals and recording a further 20 assists across 124 appearances in all competitions.

Since hanging up his boots for good, Saha has become an ambassador for the Sport Integrity Global Alliance (SIGA), an organisation which champions the same sports values which helped him swap the streets of Paris for the floodlit pitches of the Premier League.

"It's important to have players like Marcus Rashford and Raheem Sterling to actually come forward and show us the way and explain the reasoning behind their decisions. We need to understand why these things don't change, or change as quickly as we want them to.

"I'm very passionate about the work we are doing at SIGA, we are working really hard to make sure we can advise these players in the best possible way because they have the biggest influence.

"That's why I admire Marcus because he has opened up a lot of doors. These players have the ability to change the perception of a lot of things. 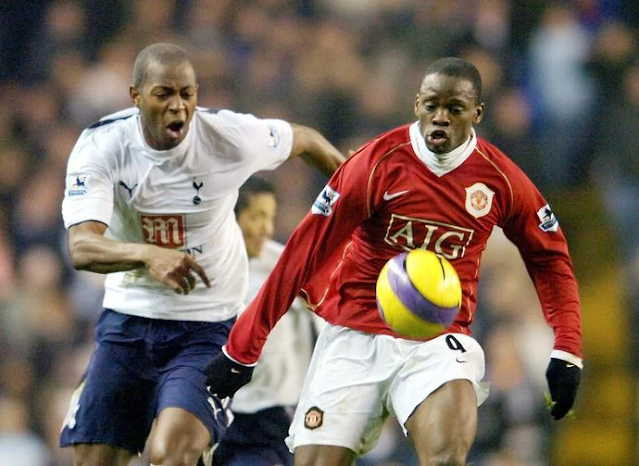 Not many players can say they've scored on their debut for the Red Devils. Even fewer can say they did the same for Metz, Fulham and Tottenham Hotspur.

Saha's eyes lit up when he described scoring twice in a 5-0 win over his former club Newcastle United in front of the crowd at White Hart Lane.

"It was an amazing moment. I wasn't very happy at Everton, but I took a different direction in my career, and ended up playing with some fantastic players at Tottenham.

"Luka Modric, Gareth Bale, Aaron Lennon, Emmanuel Adebayor, you name it. It was a great, great side, some really unbelievable players.

"I managed to score two goals, it was a great game as well, it felt like something clicked. Although, I was a bit slower because I was too old by then, when those guys were running past, I couldn't keep up - they were just too quick!"

Bale recently returned to Tottenham on loan from Real Madrid amid much fanfare at the start of this season but has so far struggled to replicate the form that saw him move to the Spanish capital for a then world-record fee in 2013.

But Saha believes his former teammate has made the right call having fallen out of favour under Zinedine Zidane.

"I think it's a good move for him. He was in a tough situation at Real Madrid, it's a special club, even though he's won so many things.

"I don't know if he's still got the time left to play for any team in the world.

"But he needed to be playing in a team that will actually give him the time to get back to his best, so I think it was the right move for him."

For more information about the Sport Integrity Global Alliance (SIGA), check out their website www.siga-sport.com or follow them on social media.