Man Utd enjoyed an incredible run of form with Nemanja Matic in their starting XI last summer and he still has a limited role to play. The... 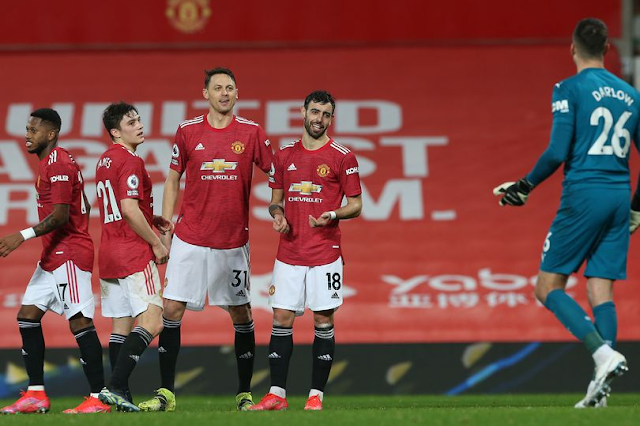 Man Utd enjoyed an incredible run of form with Nemanja Matic in their starting XI last summer and he still has a limited role to play.

The weekend win over Newcastle might not have been a classic, but it may have given Ole Gunnar Solskjaer a timely reminder about a tactical switch he's rarely utilised this season.

Manchester United have undergone many tactical transformations under Solskjaer already; from a side which could only play on the counter-attack to one which relentlessly ran at opponents post-lockdown last summer. Now they are more of a hybrid, with lightning pace on the break but also a midfield which has the creative spark required to unlock stubborn defences.

Solskjaer has already confessed that his latest tactical overhaul has been hampered by the intense fixture schedule which has prevented him from being able to work on squad fitness quite as he would have liked - but the idea still remains.

"We've in periods been very good at counter-attacking, had good performances by defending deeper," the Norwegian stated last week. "The last year and a half we've worked on pushing higher - that's another layer. Now we want to marry the two. A fast quick attack by winning the ball in good positions. That has always been part of United."

In order to marry the two it seems Solskjaer needs to find the perfect balance in his midfield selection - and Nemanja Matic could be key to that.

The Serbian veteran made his first league appearance in just under a month against Newcastle on Sunday night and his performance taught us a couple of things.

Firstly is that despite his obvious flaws Matic is still the only real defensive midfielder United have at their disposal, but secondly they need to find a way to use him effectively.

It is no surprise the best football of the Solskjaer reign came post-lockdown last summer when a midfield trio of Matic, Paul Pogba and Bruno Fernandes found the perfect balance with devastating results. United didn't lose a league games in which the trio started after the restart.

However, this season it hasn't quite been the same.

It was that same midfield trio that started against Sheffield United last month and also the same trio that lined up in the mauling by Tottenham.

They are the only two Premier League matches Matic started this season which have ended in defeat, so perhaps it is sheer coincidence, but there is certainly a lesson to be learned.

United's defeat to Sheffield United was down to far more than their inability to control midfield, but it certainly played a part in the car crash against Tottenham.

Given his ever declining mobility there is little reason why Matic should be starting games against close rivals, although his composure and passing range is often a handy tool to utilise from the bench. 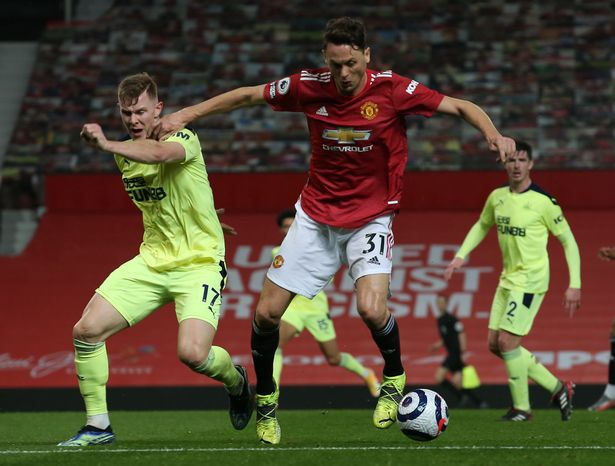 Instead the 32-year-old is better suited to those awkward matches against lower opposition when he can help create chances from deep and offer better distribution than either Fred or Scott McTominay.

Doing so not only allows the 'McFred' pairing to be rested in smaller matches, but it means Matic can do the defensive midfield dirty work on his own, allowing for another player to join Fernandes further in the attack.

In the long run Solskjaer knows a new defensive midfield signing is needed if he really is to achieve the perfect marriage in the midfield, but in the short-term he does have a workable solution.

Matic is by no means a player who should be starting every week but his experience and defensive expertise still makes him a valuable cog to the wider United machine.