Manchester United midfielder Paul Pogba has been named the club’s Player of the Month for January, it has been confirmed. United’s January... 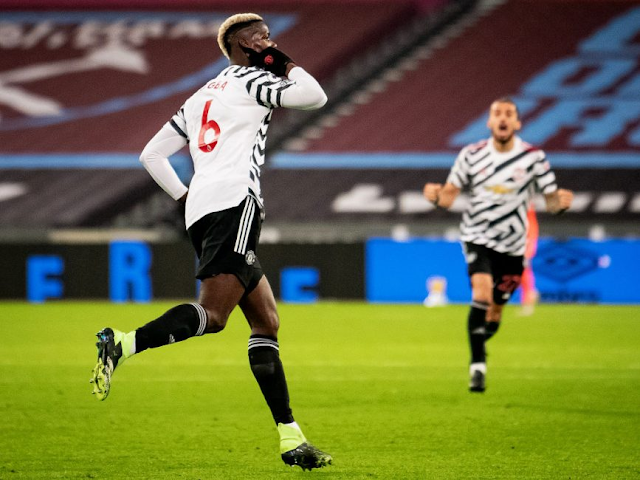 Manchester United midfielder Paul Pogba has been named the club’s Player of the Month for January, it has been confirmed.

Ole Gunnar Solskjaer’s Reds, save for a couple of blips along the way, enjoyed a solid opening month to the year.

United took to the pitch on 9 occasions across all competitions, securing 5 wins and 2 draws, a run which included the ousting of Liverpool from the FA Cup.

In 6 Premier League outings, meanwhile, the Manchester giants fell to just a solitary defeat, securing a trio of victories, as well as credible draws at both Anfield and the Emirates.

In turn, as things stand, Solskjaer and co. sit in 2nd spot in the English top-flight, 3 points adrift of table-toppers Man City.

Amid their fine form throughout much of last month, a number of United’s stars of course shone bright, with the likes of Harry Maguire and Luke Shaw having excelled.

None, though, impressed on a more consistent basis than Paul Pogba.

French international Pogba has of course returned to his brilliant best of late, reminding onlookers of his unquestionable talents.

The former Juventus man even managed to bag a pair of match-winning Premier League strikes in January, versus Burnley and Fulham:

And, as outlined above, such stellar exploits have today seen Manchester United’s midfield enigma rewarded.

In a post across the club’s social media platforms a short time ago, the Red Devils confirmed that Pogba has been voted as their Player of the Month for January.

The Frenchman bagged 55% of the vote, followed by runner-up Luke Shaw, who himself secured an impressive 41%: