David de Gea should replace Dean Henderson while Nemanja Matic and Anthony Martial are in line to start when Manchester United take on New... 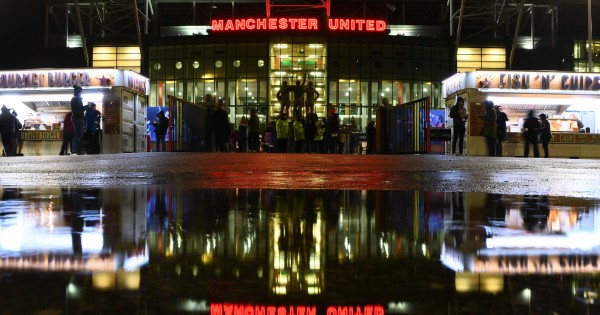 David de Gea should replace Dean Henderson while Nemanja Matic and Anthony Martial are in line to start when Manchester United take on Newcastle United.

Manchester United will be aiming to bounce back to winning ways in the Premier League when they face off against Newcastle United at Old Trafford on Sunday night in Matchweek 25.

Ahead of the contest, Red Devils’ manager Ole Gunnar Solskjaer is sweating over the fitness of striker Edinson Cavani and midfielder Donny van de Beek. In addition, Scott McTominay too could be a doubt for the contest while Paul Pogba and Phil Jones are both ruled out.

Speaking in his pre-match presser, Solskjaer said: “Of course, Paul is out and Phil is out. I don’t know how Scott is. I don’t know how Donny and Edinson will be either. They’ve got a chance, I think, so we’ve just got to give them until before training on Saturday as we need to pick a team on Saturday. We’ll see how they are and hopefully, they can both be available.”

There will be some changes made to the team that started in the UEFA Europa League win against Real Sociedad on Thursday. The biggest selection conundrum heading into the game for Solskjaer will come in the goalkeeping spot. David de Gea was brilliant in the league game against West Brom last time out, but Dean Henderson impressed in the midweek contest.

When asked about the goalkeeping situation, Solskjaer said: “Of course Dean is in with a shout. He is maturing all the time but I have a very, very good goalkeeper in David. He saved us against West Brom so I can’t say to you now. I always speak to the players first before I say who’s playing and they will know.”

For now, de Gea is likely to continue as the goalkeeper in the Premier League ahead of Henderson. Three of the four slots in the backline should be fixed with Aaron Wan-Bissaka, Eric Bailly and captain Harry Maguire all likely to hold on to their spots. At left-back though, Luke Shaw should step in for Alex Telles, despite the Brazilian impressing in midweek.

With no Pogba and McTominay a slight doubt, Solskjaer could look to protect the Scotsman and hand Nemanja Matic a start in the middle of the park. The Serbian should slot in alongside Fred in the double pivot for Manchester United while Bruno Fernandes will be tasked with the creative responsibilities against Newcastle United.

Daniel James started and scored in midweek but is likely to drop out on Sunday night. Instead, it will be Mason Greenwood who moves to the right-wing slot, to accommodate Anthony Martial in the centre-forward role while Marcus Rashford is a certainty on the left flank.