Juventus and Real Madrid have reportedly been told to shell out €60 million to sign Paul Pogba from Manchester United in the summer. Accor... 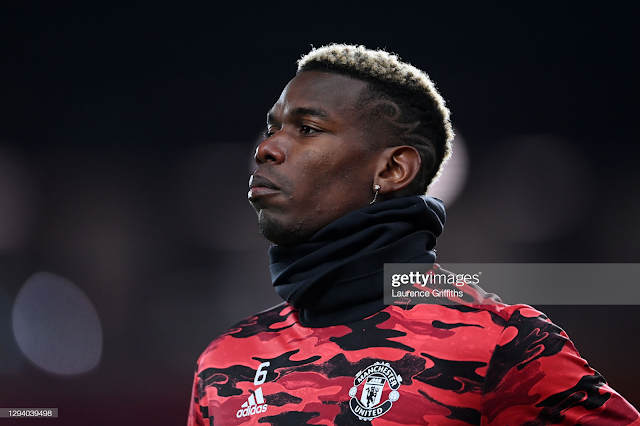 Juventus and Real Madrid have reportedly been told to shell out €60 million to sign Paul Pogba from Manchester United in the summer.

According to a report by Italian outlet Calciomercato, Manchester United are set to demand €60 million to part ways with Paul Pogba in the summer transfer window. The French midfielder is a target for Real Madrid and former club Juventus.

Pogba is currently in his second spell with Manchester United, having rejoined the Premier League heavyweights from Juventus in the summer of 2016. Over the past half-a-decade or so, however, he has experienced his fair share of highs and lows, with the outspoken nature of agent Mino Raiola not helping matters either.

During the course of his latest stint with Manchester United, Pogba has amassed 184 appearances, while often being regarded as one of their most important players. However, having openly flirted with the prospect of either joining Real Madrid or making his way back to Juventus, Pogba’s future at Manchester United has constantly been uncertain.

As things stand, Real Madrid and Juventus remain in the hunt for the 27-year-old, who has also been linked with PSG over a possible summer move. And now, an update has emerged in this potential transfer saga, with Manchester United slapping a €60 million price tag on Pogba.

Juventus are reported to be in the market for a midfielder ahead of the summer, with a move for Manuel Locatelli being mooted. However, with Aaron Ramsey’s future being uncertain and with Sami Khedira already being offloaded, another spot could perhaps be open; one that could be filled by Pogba.

Real Madrid, on the other hand, need to lay down the succession plan for Luka Modric, who is in the twilight of his career. To that end, several players have been named as possible replacements, Pogba being one of them. Zinedine Zidane, in particular, is keen on swooping his compatriot away from Manchester United, although Florentino Perez is not as eager.

Nevertheless, it looks like Manchester United have set the asking price for the Frenchman, who has a €60 million price tag. Having said that, Ole Gunnar Solskjaer has suggested that a new deal could be on the cards for Pogba, which could, in turn, kill the chances of a possible exit, or at least bump up his valuation at the very least. It now remains to be seen if Juventus or Real Madrid can quickly seal a move instead.