WhatsApp recently advised that users who do not accept its updated terms and conditions by May 15 will be  unable to receive or send messa... 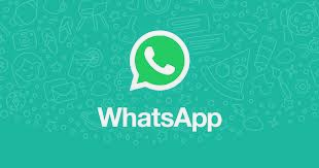 WhatsApp recently advised that users who do not accept its updated terms and conditions by May 15 will be unable to receive or send messages until they do so.

The social media giant had previously fixed its implementation date of February 8 for accepting the new terms and conditions but later adjusted the date to May. This is coming in heels of complaints from diverse quarters complaining about the news around the world.

A report garnered from British Broadcasting Corporation (BBC) had stated that WhatsApp reiterated that users who fail to accept the messaging app’s terms by the May deadline date are headed for deactivation. It has no doubt confirmed what many had earlier thought to me a rumor.

It is understood that their account will be listed as “inactive” and inactive accounts can be deleted after 120 days.

However, statements coming from WhatsApp attempts to clarify that this wasn’t the case, noting that the update is aimed at enabling payments to be made to businesses. The statement reads:

“We’ve heard from so many people how much confusion there is around our recent update. There’s been a lot of misinformation causing concern and we want to help everyone understand our principles and the facts,”

Continuing, the firm says “WhatsApp was built on a simple idea: what you share with your friends and family stays between you. This means we will always protect your personal conversations with end-to-end encryption.

“Neither WhatsApp nor Facebook can see these private messages. It’s why we don’t keep logs of who everyone’s messaging or calling. We also can’t see your shared location and we don’t share your contacts with Facebook.

“With these updates, none of that is changing. Instead, the update includes new options people will have to message a business on WhatsApp, and provides further transparency about how we collect and use data.”

probably, the press statement from WhatsApp will help users understand the new terms & conditions of use better.