Why Manchester United rested Luke Shaw for second half vs Southampton

Luke Shaw was exceptional again for Man United in their annihilation of Southampton and Luke Shaw was the only player rested for the second-... 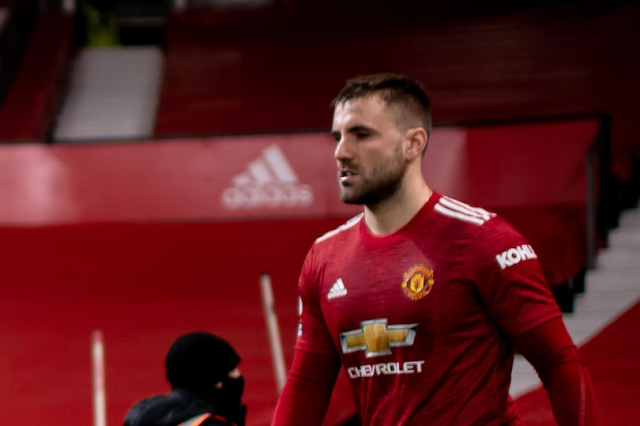 Luke Shaw was exceptional again for Man United in their annihilation of Southampton and Luke Shaw was the only player rested for the second-half.

It is not long ago that a Luke Shaw half-time substitution would have hammered another nail into his coffin. Now it highlights his resurrection at Manchester United.

Shaw had tallied two assists in the 9-0 annihilation of his former club by the time of his removal at the pause against Southampton. Those crosses trebled his number of Premier League assists for the season, a misleading statistic that masks Shaw's emergence into United's de facto left winger.

The 25-year-old has been the standout left-back in the league this season, an England squad recall seems inevitable and Shaw is an unassuming but worthy frontrunner to reclaim the Sir Matt Busby Player of the Year statue.

Shaw and Edinson Cavani were withdrawn at the interval but the latter was forced off with an ankle injury.

"He has played really well," Ole Gunnar Solskjaer noted of Shaw. "Of course, we have Alex [Telles] who can cover and play well. With Luke, the intensity, the sprint, and high-speed running, we felt the spaces that appeared for him, if he played in the second-half the same way he played in the first-half you always run a risk.

The evolution of United's full-backs was so striking Shaw crossed for Aaron Wan-Bissaka to commence the feast against Southampton. Shaw's resurgence actually started with his conversion to left centre-back early last year, a role he started in in victories over Chelsea, Manchester City and Paris Saint-Germain.

The £13.6million addition of Telles suggested Shaw might have to stay infield when, in fact, it has jolted him to surpass the levels of Alex Sandro, Kieran Tierney and Danny Rose - left-backs United considered replacing Shaw with in 2018.

Telles was unused against Southampton as Solskjaer innovatively switched Fred to left-back to reload amid the gung-ho tactics. "There have been a few good Brazilian left-backs around and we've got one in Alex," Solskjaer added. "Of course, We needed to get minutes into some players and Fred's got no problem with that.

"It was more about mentality than tactics, a little bit of tactics, but the mentality had to be right, play the game properly, do the right things, good habits, playing against one man less you can get another [player] over the last line, in behind.

"Just enjoy the game and play it properly, was the message." Shaw is certainly enjoying it.