Manchester United  finally have a director of football . John Murtough was internally promoted this week, from his previous position as ‘h... 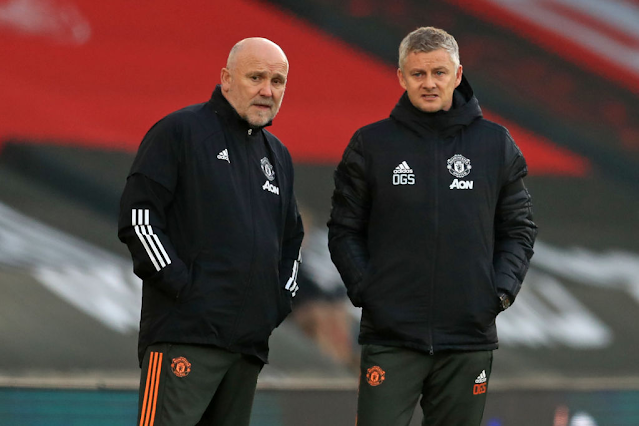 Manchester United finally have a director of football. John Murtough was internally promoted this week, from his previous position as ‘head of football development’.

Murtough will be helped by Darren Fletcher, who is the club’s new technical director. 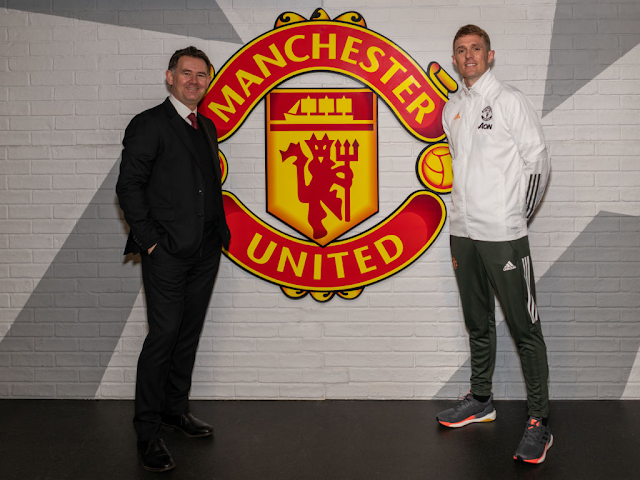 The timing of the appointment is ideal. There is time to plan for the transfer window, identify targets, back-up plans, and other areas of improvement.

Murtough and Fletcher may sound like a pair from a Scottish detective show, but they have a serious task ahead of them as Manchester United seek to get back to becoming the top football club in Europe.

They have plenty to be getting on with to try and improve United from top to bottom. Here is a look at 10 things in Murtough’s in-tray as he takes on his new job…

Ole Gunnar Solskjaer’s contract at United expires in June 2022. It’s likely a decision will be made regarding his future this coming summer.

It would be a big surprise if Solskjaer was not handed an extension. The style of Murtough’s appointment suggests United are really happy with the team of individuals working to try and improve the club, with Solskjaer a key part.

Part of Murtough’s role is to liaise with Solskjaer regarding transfer targets and it makes sense for them to want to enjoy a long and fruitful working relationship.

So the real questions are, when will Solskjaer get his extension, and how long will it be for. United need to have some clarity and long term vision. Solskjaer has taken the club forward since he took over, and deserves an opportunity to continue his vision.

Getting Solskjaer tied down to a long-term deal will help the club with recruitment of players, indicating there is not expected to be disruption and uncertainty with a hire-and-fire type approach leading to regular squad overhauls.

Even if the final sign-off on Solskjaer’s contract lies with Woodward, feedback and input from Murtough will shape the decision.

In the event United’s season ended terribly, with a run of losses and falling out of the top four, Murtough’s brief may suddenly change, to considering potential successors to Solskjaer – but the consistency of the team makes this doubtful. 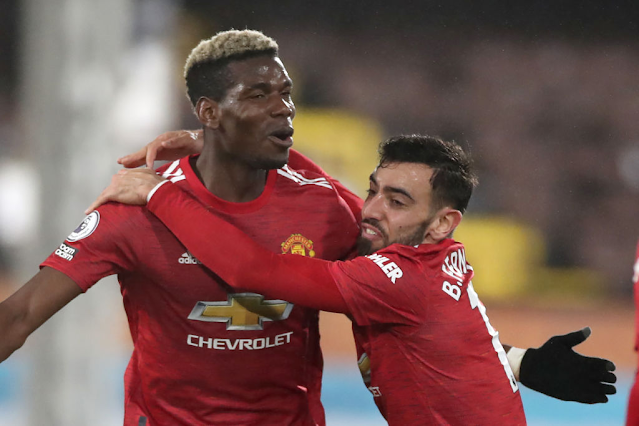 Murtough needs to keep on top of what to do regarding Paul Pogba, and there are three options. One is to convince him to extend his deal.

This would be considered as a major ‘win’ for Murtough, if Pogba renews his contract and stays. This might be dependent on United’s other business, and if Pogba is impressed with the club’s ambition.

If Pogba wants to leave, then United are expected to sell, in order to get some money back with just one year remaining on his contract.

From here, Murtough’s job would really get interesting. He will be tasked with signing a new first team midfielder. This may be a box-to-box player like Pogba, or using the money on a more specialised defensive midfielder.

Whoever he signs, Murtough needs them to be an instant success, to get his own recruitment off to a strong start.

The third option is for Murtough to convince Ed Woodward to gamble and keep Pogba even if he does not sign a new contract, just so United get one more year out of him. 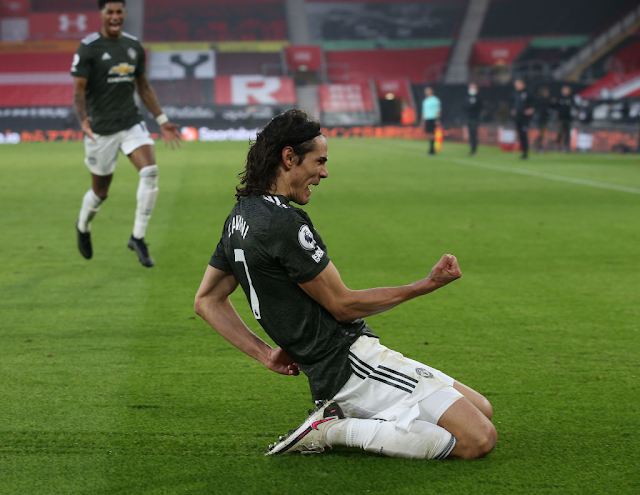 It’s quite unclear whether Edinson Cavani will sign a new deal. Ole Gunnar Solskjaer said United ‘hope to convince‘ the striker to sign a one year extension to his current contract.

Cavani is United’s best centre-forward, but injuries have taken their toll. In the last two seasons for United and PSG, the Uruguayan has started a total of just 16 league games.

So if he struggles to stay fit between now and May, this will factor into United’s planning.

Even if Cavani does stay, United need a long-term plan up front. Cavani is 34, and he can’t be relied upon.

Can United find a way to afford Erling Haaland? Murtough has a clean slate with agent Mino Raiola, who will also be at the forefront of the Pogba decision.

Even though Matt Judge will still handle negotiations, Murtough will get the opportunity to pitch his vision for the club’s future success.

If Haaland is impossible, then Murtough needs to have a clear ‘plan B’ and ‘plan C’. United cannot afford a repeat of the 2020 January transfer window when after missing out on Haaland, the club ended up with a ‘plan Z’ last ditch approach to sign Odion Ighalo on loan. 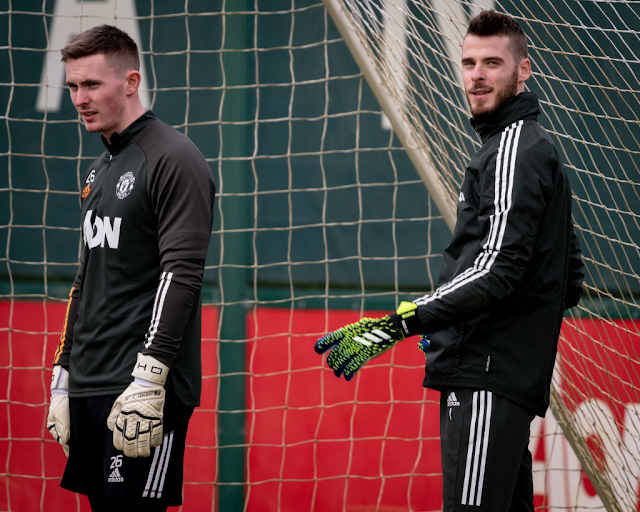 Dean Henderson is showing he has the ability and temperament to replace David de Gea.

It feels like a change may be coming this summer, and Murtough has to work with Solskjaer to help make this a smooth decision, while showing respect to De Gea.

PSG have shown interest in De Gea, The Sun report, while a return to Spain should appeal after the recent birth of his child in his homeland.

Murtough could free up major wage space by successfully moving De Gea and his £375,000 per week salary off the books. United would also get a fee to add to the spending pot.

Defence is believed to be a top priority for Manchester United this summer.

Before looking at new recruits, United have to make a decision on Eric Bailly’s contract, which expires in 2022.

It’s tricky, because United have fairly recently made errors by handing long-term extensions to Marcos Rojo and Phil Jones, two injury prone players. Rojo is finally off the books, after spending the last 12 months under contract without playing a single game, while Jones also has not kicked a ball since January 2020. 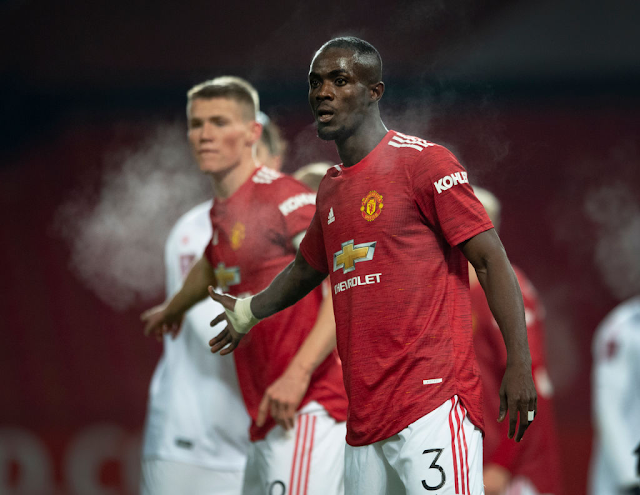 So United need to be really smart with Bailly, and Murtough’s data science background will help United study the Ivorian carefully and make a risk-assessed decision.

Bailly has more quality than both Rojo and Jones, so it would be a big shame if his deal was not extended. Perhaps the trick is to not commit for too long, at too high a cost salary-wise.

United’s decision will also impact spending in defence this summer. If Bailly’s deal is not extended, then Murtough’s task of signing a defender becomes a really huge priority, which may see a big name like Raphael Varane targeted.

If Bailly’s contract is extended, then United may choose to try and sign an up and coming defender in the £20m-30m price range.