Pogba's decisive goal put United over Milan in the Round of 16. Laurence Griffiths/EPA. The UEFA Europa League could still host its fi...

The UEFA Europa League could still host its first all-English final after favorites Manchester United and Arsenal emerged on opposite sides of Friday’s quarter-final draw.

Ole Gunnar Solskjaer’s men must beat Granada to advance and face another tough task against either Ajax or AS Roma in the semis, while the Gunners will take on either Villarreal or Dinamo Zagreb provided they beat Slavia Prague in the last eight.

The Red Devils keep rank as outright favorites for the crown after dispatching another top contender in AC Milan on Thursday when Paul Pogba scored a decisive second-leg winner. Arsenal progressed past Olympiacos despite losing 1-0 at home in midweek (3-2 on aggregate), while north London rivals Tottenham Hotspur were ousted following a 3-0 second-leg defeat to Dinamo in extra time.

The two-legged format remains in place for the quarter-finals, with the first installments to be played on April 8 and the reverse fixtures to come the following week on April 15.

English clubs have lifted two of the past four Europa League trophies, but how do the Premier League powerhouses match up in the race for silverware following Friday’s draw?

Beating Milan out of the competition has galvanized United’s argument that they’re again ready to clinch a European title, edging a tough tie 2-1 on aggregate without much flash or flair. Much to the dismay of their next opponents, it was the type of performance worthy of champions.

Having already knocked out higher-ranked Spanish opposition in Real Sociedad during the round of 32, there’s a general feeling United should be able to conquer another of La Liga’s progeny in Granada:

Whatever happens in the tie, the fact that Granada (semi-professional third division 15 years ago) are playing against Manchester United in a European quarter final is amazing.

Diego Martinez has helped take Los Nazaríes to wins over Napoli, PSV and most recently Molde so far in the Europa League, but here is where the fairytale may end. Their round-of-32 victory over Napoli was aided by the Italians’ squad being reduced to scraps, and United may relish taking on a team that’s conceded a joint-high 44 goals in La Liga this term.

Granada have progressed from the previous two knockout rounds by winning the opening leg at home before losing away, a pattern they may not be able to afford keeping up against United.

Solskjaer’s side were never likely to be budged from the top of the oddsmakers’ lists regardless of where they were drawn, though the prospect of meeting Ajax or Roma should they advance is reason to be cautious.

United defeated Ajax to lift the Europa League crown under Jose Mourinho in 2017, and it could turn out that their most difficult fixture actually comes before any potential final.

A loss at the Emirates was hardly the manner in which Arsenal wanted to sign off their round of 16, but advancing past Olympiacos was their primary focus, and in that sense, the result was a success.

Only just trailing United in most odds markets, Mikel Arteta’s next challenge is to do what former Premier League rival Steven Gerrard could not by beating Slavia Prague over two legs. Gerrard’s Rangers drew 1-1 in the Czech Republic before finishing with nine men in a 2-0 defeat at home, the second British team Slavia have knocked out this year following their 2-0 beating of Leicester City in the last 32.

Arteta will consider this the ‘easiest’ half of the bracket in his hopes of reaching the final, though it does bring up the possibility of a semi-final clash opposite predecessor Unai Emery, now at Villarreal:

Looking forward to finding out how far Arsenal will be able to go before losing to Unai Emery’s Villarreal. https://t.co/44Y5Nn45uD

A five-match unbeaten run preceded Arsenal’s loss to Olympiacos, serving as a reminder of the club’s lapses in consistency and concentration, worrying traits at this stage of a cup competition.

Something says there’s a bargain to be had when Ajax are worth double the price of the favorite this close to a European final, but then they’ll first have to outmanoeuvre a threatening Roma team. Both quarter-final opponents face each other at an equal +700 for the title, but Ajax’s more recent experience reaching the latter stages of European competition may give them the edge.

Runners-up in this competition four years ago and 2019 Champions League semi-finalists, the Godenzonen look to again be in dangerous form after thrashing Young Boys 5-0 over two legs in the last 16. The club was the source of ridicule for failing to register record signing Sebastien Haller in their Europa League squad, but they’ve thrived in the competition nonetheless.

As always, Erik ten Hag’s side have worked well as a sum of their parts, though they’ve also benefited thanks to star contributions from the likes of Brian Brobbey, David Neres and Dusan Tadic:

22 - Since joining @AFCAjax in 2018, Dusan Tadic has recorded 11 goals and 11 assists in European club competitions (excluding qualifiers), only four players have been involved in more goals over that period (Lewandowski, Mbappé, Messi, Bruno Fernandes). Illustrious. pic.twitter.com/f5kg1Fr6Mh

Drawn in the closest of any quarter-final, Ten Hag & Co. know they have fine European finals ahead of them if they’re to lift their first European trophy in 26 years. That being said, no team looks better prepared for a surprise run at the crown outside of the top two from England.

It would be sweet revenge if Emery were to help Arsenal on their way out of the Europa League the season after they sacked him, though Villarreal must first plot a course past Dinamo Zagreb.

Spanish clubs have been prolific in the Europa League era and lifted five of the past seven titles on offer (seven of the past 11), albeit with Sevilla accounting for four of those. It just so happens that Emery was at the helm for each of Sevilla’s three successive titles between 2014 and 2016, and Colin Millar detailed just how clinical his knockout record in this competition has been in modern times:

Unai Emery has managed in 20 two-legged knockout ties in the Europa League since 2012, across three different clubs. He has won all 20 of those knockout ties.

That’s a concern for any opponent who could fall into the sights of Villarreal between now and May, not least of which Dinamo despite their heroics to move past Tottenham.

The Yellow Submarine has conceded only six goals in 10 European games this season, three of which came in their opening group fixture, a 5-3 win over Sivasspor. 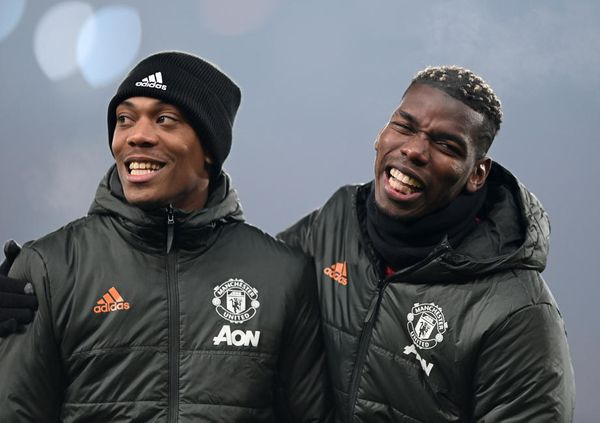