Harry Kane sat out England's comfortable win over San Marino on Thursday Nick Pope is set to be given more chances to stake his claim bu...

Nick Pope is set to be given more chances to stake his claim but Marcus Rashford and Bukayo Saka have been ruled out; Follow Albania vs England via our dedicated live blog, plus watch free match highlights on Sky Sports' digital platforms 15 minutes after full-time
Team news and stats ahead of Albania vs England in the 2022 World Cup Qualifier on Sunday; kick-off 5pm.

Marcus Rashford and Bukayo Saka have been ruled out of England's World Cup qualifiers against Albania and Poland.

Nick Pope is set to be given more chances to stake his claim as England's first-choice goalkeeper ahead of the European Championship - with manager Gareth Southgate confirming he will play in the next two World Cup qualifiers.

Harry Maguire was rested for Thursday's 5-0 cakewalk against San Marino but is in line to start in Albania on Sunday as World Cup qualification continues.

He could be partnered alongside John Stones while his reinvigorated United team-mate Luke Shaw is on course to win his first cap since September 2018 at left-back.

Harry Kane is expected to lead the line having been rested on Thursday with Dominic Calvert-Lewin set to make way, while Declan Rice could replace Kalvin Phillips in midfield.

Etrit Berisha was favoured to Lazio's Thomas Strakosha in goal for Albania against Andorra and is expected to keep his place after a clean sheet, while Berat Djimsiti and Marash Kumbulla should be kept busy by Kane in defence.

Qazim Laci replaced the veteran Ledia Memushaj off the bench in midweek and will be pushing for a start.

Follow Albania vs England via our dedicated blog on Skysports.com from 3pm on Sunday; kick-off is at 5pm. Watch free match highlights on Sky Sports' digital platforms 15 minutes after full-time.

Harry Maguire feels back to his best after a difficult start to the season for club and country, with the England defender excited by the progress being made by Gareth Southgate's side ahead of the Euros.

Five years on from going to the finals in France as a Three Lions fan, the 28-year-old is heading into this summer's rearranged tournament as an established member of the squad.

Maguire starred in England's run to the 2018 World Cup semi-finals and became the world's most expensive defender when joining Manchester United from Leicester the following year, leading to increased scrutiny on and off the field.

A high-profile Greek court case during a truncated pre-season appeared to impact the defender's performances, with poor club form continuing on to the international scene when Maguire was sent off in October's shock 1-0 loss to Denmark.

But Maguire has rallied impressively and the United skipper believes a strong mentality has been key to bouncing back.

"I'm really happy with my own form," he said. "Obviously staying injury-free has been a big plus for me for this year and I'm happy with my game at the moment.

"I think in a football career you have so many ups but you have a lot of downs as well. It's the way you come back, it's the way you fight back and get your head down, work hard and regain your confidence.

"I felt like I've done that this year, which I'm really pleased with myself (about). But it can be a tough game at times. When you're losing games it's not nice and when you're conceding goals, especially as a defender and you're playing for Manchester United, you're under scrutiny.

"You've got to work hard, believe in yourself and keep working hard on the training pitch. I feel that's what builds the confidence back."

Manchester City's Phil Foden is relishing the chance to capitalise on an extra year of development to play for England at the European Championship - but knows his place in the squad is not a given just yet.

Foden, 20, also made his England debut in September and opened his international account with a double in a Nations League win over Iceland two months later and feels the squad's younger players will benefit from the extra year they have had to prepare for the rearranged Euro 2020 finals.

"It has given us that extra time to play at our clubs because obviously we are all very young," he said.

"So maybe it has helped us get the opportunity to get in now. That appears to be the case. Hopefully we will win the league and maybe a couple more trophies this year.

"That would give me the confidence to push on and be in the England team, for sure. Trying to get as much experience as possible and you have to play games to get the experience so I am trying to keep playing in the biggest games I can and keep improving my game." 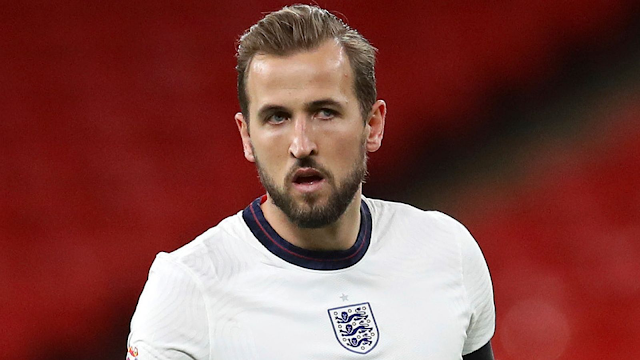