Erling Haaland's dad hasn't ruled out a move to Manchester United for his son, despite a history that doesn't suggest Old Traf... 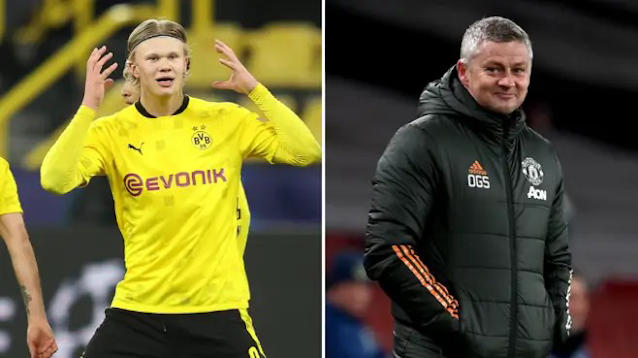 Erling Haaland's dad hasn't ruled out a move to Manchester United for his son, despite a history that doesn't suggest Old Trafford is his favourite place.

There is no doubt that any club in the world would want to sign Haaland right now, with the Borussia Dortmund striker in incredible form in the past 18 months or so.

According to reports, Ole Gunnar Solskjaer wants to add a striker to his squad this summer as a priority, and Haaland is his number one choice.

Many fans believe that his father's history with United, having played for rivals Manchester City and Leeds United, means that the striker won't be moving to Old Trafford.

However, that isn't necessarily the case, with Alf Inge refusing to rule out any move to United, when discussing his son's future.

"The club is also trying to build something new there. But to draw comparison now is not so easy because he [Erling] is already playing in Dortmund.

"These are two very traditional clubs with a large fan base and a glorious history. Man United is a very proud club, just like Dortmund in Germany."

United will be far from the only team who want to sign Haaland of course, with Manchester City, Chelsea and Real Madrid also amongst those linked with the 20-year-old.

Ole Gunnar Solskjaer was in charge of the former Red Bull Salzburg forward at Molde, and it's believed the pair have a good relationship.

The striker's dad did warn against his son choosing a team based solely on the coach though, adding, "You have to go to a club where the whole club wants you, not just the coach.

"I think that's the most important thing, in addition to how the club has been over the last five or ten years and what direction they've taken.

"Because it's dangerous to just sign for a coach, because he can suddenly be sacked."

Solskjaer could reportedly sign a new deal at Old Trafford this summer and the club have recently appointed their first director of football, suggesting they are at least planning for a successful future!