Brought on for the injured Anthony Martial at half-time of the last-16 first leg, the January signing scored a superb improvised header on just his third substitute appearance for the club.

After Diallo entered the record books with his goal aged 18 years 243 days, the PA news agency looks at the club’s other youngest European goalscorers.

The academy graduate lit up an otherwise forgettable Europa League group stage match against Astana last season, making history in the process. Greenwood’s showed excellent footwork and finishing in the September 2019 clash against the Kazakhstani champions, opening his account for the club and becoming the first player born this millennium to score for United in the process.

Like Diallo, the forward capitalised on a Martial setback. The Frenchman pulled up in the warm-up ahead of the Europa League round of 32 clash against FC Midtjylland, leading relatively unknown Rashford to be thrust into the starting line-up in February 2016. The teenager enjoyed a dream debut, scoring a brace in a 5-1 second leg win, and has since gone on to become a key player for club and country.

Rashford’s goals against Midtjylland saw him break the late, great Northern Ireland star’s record, which was set in October 1964 when he completed a 6-1 win against Djurgarden in the Inter-Cities Fair Cup. Best is immortalised in a statue outside of Old Trafford, having helped the club win two First Division titles and the European Cup in 1968. He died in 2005.

Another homegrown talent that went onto score in the European Cup final triumph against Benfica, he opened his continental account in that season’s quarter-final triumph against Polish side Gornik Zabrze in February 1968. Kidd would go onto become assistant to Sir Alex Ferguson before becoming Blackburn boss and is currently part of the coaching set-up at Manchester City.

United’s all-time top scorer scored an astonishing hat-trick on his debut against Fenerbahce in the Champions League. The group stage clash was the England striker’s first match after breaking his foot against Portugal in Euro 2004 and completing his £27million move from boyhood club Everton. Two brutal first-half efforts were followed by an incredible Beckham-esque free-kick seven minutes. 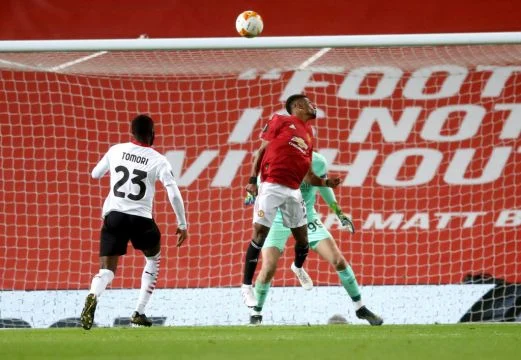