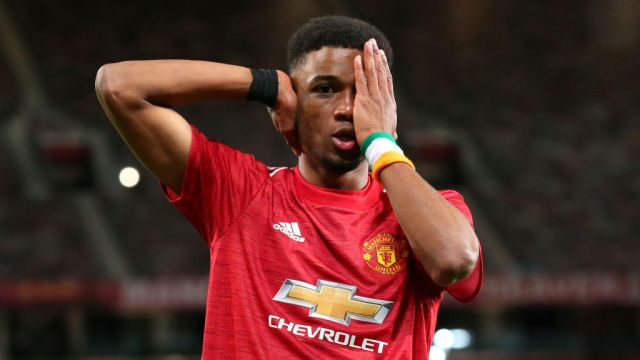 On as a half-time substitute, Amad opened the scoring with a well-taken header as United hosted AC Milan in the Europa League last-clash last Thursday.

As pointed out by United's official media, his choice of celebration was actually a nod to Willy, who died at the age of 21 last month after suffering with liver cancer.

A fellow Ivorian, Amad befriended the midfielder during their time together in Atalanta's academy system.

This was followed by an image of the pair together. 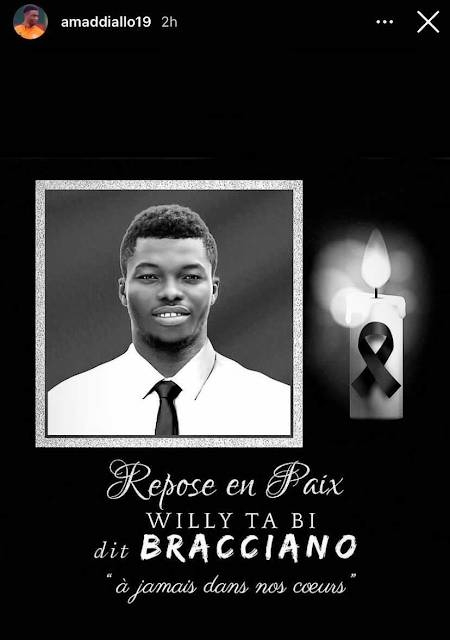 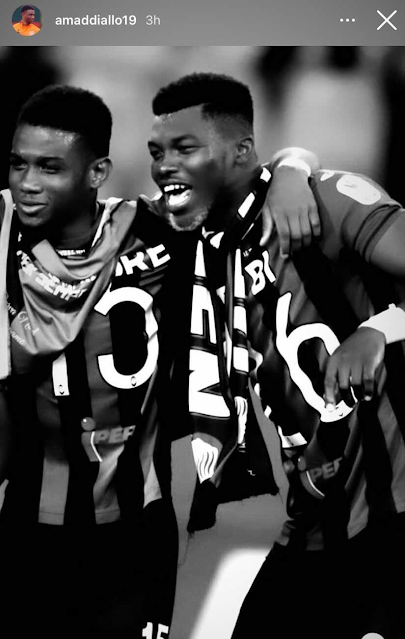 Atalanta confirmed the midfielder's passing in a statement on February 23.

"President Antonio Precassi and the whole Atalanta family are deeply saddened by the untimely death of Willy Braciano Ta Bi," it said.

"A cruel destiny interrupted a dream that began with the Nerazzurri shirt in January 2019 too soon.

"He only needed a few months to carve out a leading role in the Primavera and help bring the Scudetto back to Bergamo, but above all to leave a great memory."

United play their return leg against Milan later this week. Having conceded a last-gasp equaliser in the tie at Old Trafford, United must score at least one in Italy if they are to progress to the quarter-finals of the competition for the second season in succession.