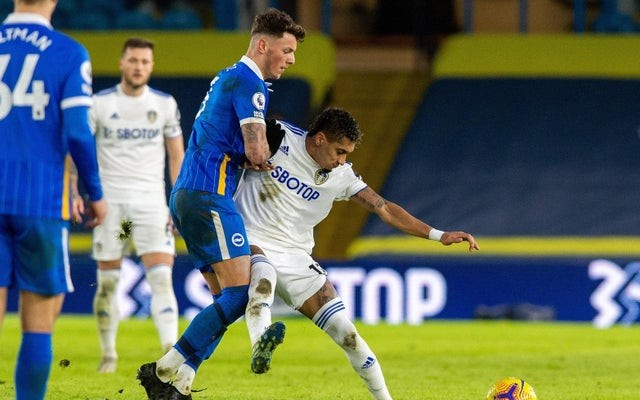 Former Manchester United midfielder Luke Chadwick has seemingly given his approval of a potential transfer swoop to bring Leeds winger Raphinha to Man Utd in the summer.

The Brazilian has really caught the eye in the Premier League this season and looks destined for a big career at a top club, so it will be interesting to see if Leeds can hang onto him ahead of next season.

It seems there could be reason for Leeds fans to worry about keeping Raphinha, with reliable Brazilian outlet UOL claiming United are interested and that his old team-mate Bruno Fernandes has been talking with him about moving to Old Trafford.

Chadwick is clearly a fan of Raphinha and believes he fits the bill in terms of the style of attacking player the Red Devils have tended to sign down the years.

“He took a while to adapt to Premier League football and to Bielsa’s tactics, but in the last six to eight weeks he’s really excelled with what he’s done with Leeds,”

“He moves with the ball incredibly well, he’s an exciting player who can get fans off their seats, which United have been famous for.

“I think United are definitely in the market for a forward player so if he’s standing out in the Premier League week in, week out then I’m sure he’s someone they’d look at if he’s available.

“Obviously he’s got that previous relationship with Bruno Fernandes which could be a big driver if that move did take place. Certainly an exciting move and one fans would welcome.

“There’s a lot of players like this about at the moment so it’s about getting one who’s the right fit for Man United.”