According to the Mail, Arsenal hope to keep hold of Martin Odegaard next season, whether that be a via a permanent switch from Real Madrid... 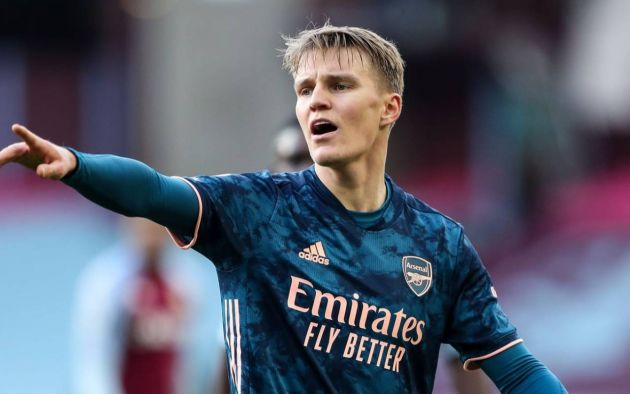 According to the Mail, Arsenal hope to keep hold of Martin Odegaard next season, whether that be a via a permanent switch from Real Madrid or another loan deal with the Gunners.

The Mail report that the North London outfit will open talks with Los Blancos over the attacking midfielder at the end of the season, with Mikel Arteta impressed by Odegaard since he joined in January.

It’s added that Madrid may well be open to letting the 22-year-old leave as they eye marquee moves for either Kylian Mbappe or Erling Haaland.

On the Arsenal front, it’s unsurprisingly reiterated that keeping hold of Odegaard will depend on whether the Gunners secure European qualification this season. They currently sit 10th in the Premier League.

Spanish outlet Deportes Cuatro have added some more insight on Odegaard’s future after the Mail’s findings, hinting that Los Blancos do see the playmaker as part of their team’s future.

Cuatro report that the Norway international, who was named his country’s captain in a great week capped off by two massive goals, is contracted until the summer of 2023.

Cuatro claim that the talks between the two clubs over Odegaard will take place in June, once the season’s over with, with Los Blancos not currently planning on the attacker’s sale.

It’s added that Arsenal hope to strike a similar deal to that of Dani Ceballos’, the midfielder they’ve taken on loan from Zinedine Zidane’s side for the second consecutive season.

Odegaard scored his first two goals for the Gunners last week, one a stunner against Olympiacos in the Europa League and the other an equaliser that spurred Arsenal to victory over rivals Spurs.

The ace has now made 10 appearances for Arsenal, it doesn’t seem like he will be phased out of Arteta’s starting lineup anytime soon after some very encouraging performances.