Chelsea legend Alan Hudson has suggested that Tottenham striker Harry Kane needs a transfer away from the club in order to further his car... 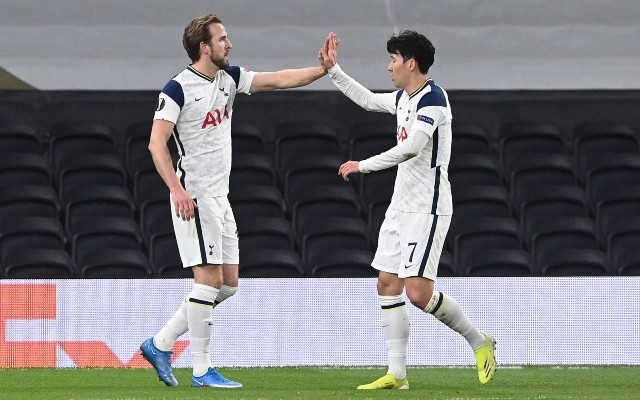 Chelsea legend Alan Hudson has suggested that Tottenham striker Harry Kane needs a transfer away from the club in order to further his career.

The prolific England international is having another fine season in front of goal, but Hudson thinks he could do so much more at a team like Chelsea or Manchester City.

Kane has 27 goals in all competitions this season, and Hudson believes he’d have 100 by now if he’d been playing for City, Chelsea, or a less negative side than Jose Mourinho’s team.

It seems almost inevitable that a bigger club will snap up Kane before too long, and it would be interesting to see where he ends up.

Both Chelsea and Man City definitely look in need of signings up front this summer, with the Blues lacking enough of a genuine goal threat up front after a slow start to life at Stamford Bridge from Timo Werner.

Kane would surely be an upgrade, but he could also undoubtedly make sense as a Sergio Aguero replacement at the Etihad Stadium, with the Argentine nearing the end of his contract.

One can only imagine what kind of form Kane could show in a more attack-minded team, and while he might not quite manage 100 a season as Hudson says, we can see where the former midfielder is coming from.

“Harry Kane would be an asset for any team in the world,” Hudson told CaughtOffside. “Although I think he’s carrying a bit of an injury, or he’s a little unhappy at the moment, he is the best Number 9 in the world, and he’s playing in a very negative team.

“If he played at Manchester City he’d have a 100 goals this season. And had he been at Chelsea when Frank Lampard took over he might have scored the same amount at the Bridge.

“I don’t call it hindsight because there is so much money on Roman’s yacht, but had I been Frank, I’d have thought with such a cheque book, I’d have kept Eden Hazard at all costs, bought Kane and Jack Grealish and just sat on my yacht and not bothered where I ended up.

“I mean, they are the very best in their very important positions. On top of that, think what those youngsters coming through would have learned from them.”