Journalist Ian McGarry, who co-hosts the Transfer Window Podcast with Duncan Castles, has shared that Liverpool have made an ‘informal’ of... 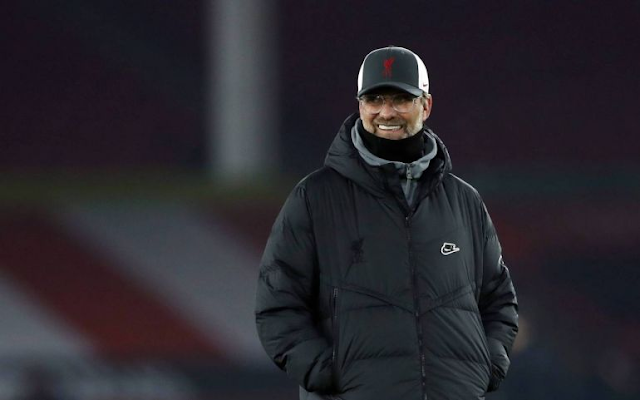 Journalist Ian McGarry, who co-hosts the Transfer Window Podcast with Duncan Castles, has shared that Liverpool have made an ‘informal’ offer for world-class Napoli defender Kalidou Koulibaly.

McGarry stressed that Koulibaly is now ‘available’ for transfer and that Liverpool boss Jurgen Klopp sees the Senegalese star as a ‘very, very suitable partner’ for stalwart Virgil van Dijk.

It’s added by McGarry that the Reds have already offered an ‘informal’ bid of €40m plus add-ons for the experienced centre-back who will turn 30 years old this summer.

Duncan Castles was then brought into the conversation after it was reiterated that Manchester United and Man City were once very keen on Koulibaly, with the Scottish reporter stating he is now ‘for sale’.

Castles also noted that the Merseyside outfit are seemingly ‘leading the race’ for Sadio Mane’s international teammate, with the defender available at ‘reduced price’ now.

It was hinted that loanee Ozan Kabak doesn’t appear to fit the mould of a ‘long-term’ solution for Liverpool at the heart of their defence, owing to his strengths not entirely matching with the side’s style.

Here is a transcript of the revelation:

“They have had a longstanding interest in the Napoli centre-back, Kalidou Koulibaly, which we’ve reported on the podcast in detail over the last year.”

“It is our understanding that an informal offer, to begin with, of €40m plus add-ons has been made for the player who is certainly available.”

“Jurgen Klopp looks at him as being a very, very suitable partner for Virgil van Dijk, who is expected to return before the start of next season, and do pre-season with Liverpool as well.”

McGarry then added that Koulibaly used to be the ‘talk of the town’ amongst Premier League clubs, with interest from Manchester United and City:

“Liverpool look to be leading the race now in a reduced price market for a player – okay, he’s 29 – but that does also give him the advantage of experience,”

“He will be able to hit the ground running with regards to coming into a new club and partnering Van Dijk in what could be quite significant in terms of strength and depth of partnership.”

Liverpool have looked sloppy defensively the entire season, even whilst top options Van Dijk, Joe Gomez and Joel Matip were all fit, so it’s certainly a problem area that needs to be bolstered this summer.

Castles offered some more insight into Koulibaly by stating the 6ft1 star earns a net annual salary of €6m, with this a figure that has already factored in deductibles like tax.

It’s stressed that Napoli are looking to move the quality central defender on now that they’re out of that window of time that they wished to challenge for the Serie A title, as they hope to cash in this summer.

It would be interesting to see how Koulibaly would fare in the Premier League, especially considering the solid displays we’ve seen from the ace in Italy and European