Boca Juniors are laying the groundwork to facilitate their summer swoop for  Manchester United  striker Edinson Cavani, according to repor... 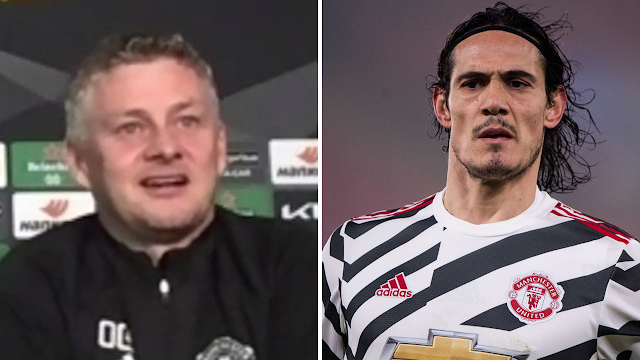 Boca Juniors are laying the groundwork to facilitate their summer swoop for Manchester United striker Edinson Cavani, according to reports in Argentina.

Cavani's future has been the subject of intense speculation since his father claimed earlier this month the 34-year-old is "unhappy" in England and would like to return to South America to be nearer his family.

Boca Juniors are understood to be the frontrunners to sign the Uruguayan, who is reportedly very keen to join the Argentine giants.

Cavani is out of contract this summer and Old Trafford chiefs are believed to have had doubts over whether to extend his stay even before his father's comments.

The former Paris Saint-Germain star seems to be edging closer to departing the Premier League and Argentine outlet Infobae asserts Boca Juniors are confident of signing him.

The report claims Boca's Colombian midfielder Jorman Campuzano is applying for Argentine citizenship to free up a spot for another foreign player in the squad in preparation for Cavani's arrival.

It adds that club vice-president Juan Roman Riquelme is in direct contact with Cavani as they continue to dream of the transfer.

Nonetheless, Ole Gunnar Solskjaer remains hopeful of convincing the decorated striker to stay for another season.

The Red Devils boss said: "We will convince him [to stay] when the weather in Manchester improves! I can’t comment on what has been said, I can only say that we’re very pleased with Edinson, and he’s working really hard to be available.

"Every day, day-in, day-out, he’s proving his personality and his professionalism, and even in his broken English, he's really helping the young kids as we wanted him to.

"We knew he wouldn’t be able to play every game, because he'd been out before for so long, so now let’s make sure he plays as much football as possible until the end of the season, scores as many goals as he can and helps the young players, the strikers, the forwards, even the rest of the group, with his mentality.

"And then he will make his decision. He knows we’re very fond of what he’s given to the club, even though he’s probably played less games than he probably wanted to."