Juventus were knocked out of the Champions League in the Last-16 on Tuesday by Portuguese side Porto. Bruno Fernandes has rushed to defend... 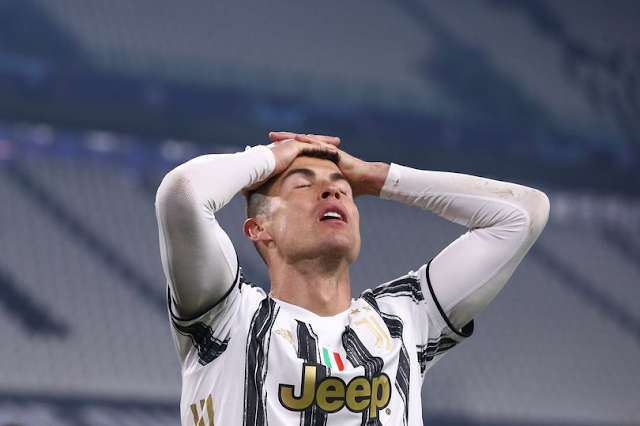 Juventus were knocked out of the Champions League in the Last-16 on Tuesday by Portuguese side Porto.

Bruno Fernandes has rushed to defend his compatriot Cristiano Ronaldo after he came in for criticism following Juventus' shock exit from the Champions League.

Juventus were already behind against Porto following a 2-1 defeat in the first leg of their Last-16 tie and things went from bad to worse when the Portuguese giants took the lead in Turin on Tuesday through a Sergio Oliveira penalty.

Two second-half goals from Federico Chiesa seemed to put the Old Lady back in the ascendancy but a Pepe-inspired Porto managed to hold on with some heroic defending and take the game to extra-time.

Then with five minutes remaining Oliveira struck again, this time with a low free-kick from distance, and although Adrien Rabiot instantly responded to set up a tense end to the match Juventus were unable to find the crucial goal which would have seen them advance.

Former Manchester United star Ronaldo has been criticised following the game as he was unable to find the net himself and also for turning his back in the wall for Porto's eventual winner.

Yet his fellow countryman Fernandes has hit back at critics, pointing out that a defeat can not be blamed on just one player.

"I’m not surprised. Porto he has a winning mentality, he plays aggressive football and I expected him to create problems for Juventus,” the Portuguese told La Gazzetta Dello Sport, via JuveFC.com.

“Ronaldo? Cristiano is one of the greats in the history of football. His mentality inspires those who practice this sport. He has won a lot, but no one can win alone.

"I understand that his presence in Juve had created enormous expectations for the Champions League, but when a team loses, they lose an entire squad, not a single player.”