Manchester United striker Edinson Cavani has pulled out of the squad for the upcoming Europa League clash against AC Milan. Manager Ole Gu... 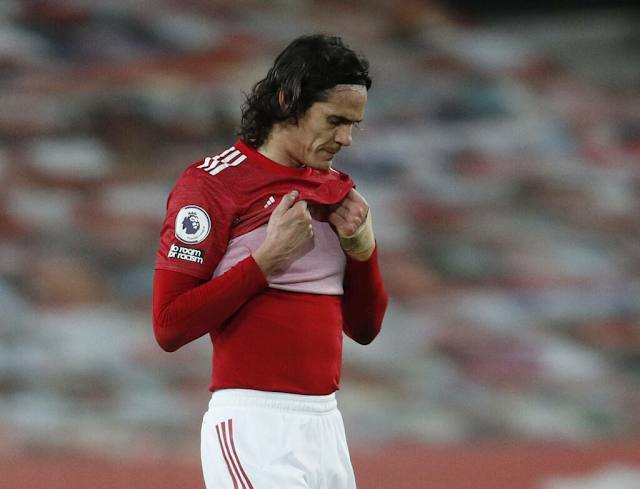 Manchester United striker Edinson Cavani has pulled out of the squad for the upcoming Europa League clash against AC Milan.

Manager Ole Gunnar Solskjaer had expressed hopes earlier this week that Cavani, who has missed the last seven out of eight games, reportedly due to “muscle injury”, will be fit to travel to Italy.

But as per an update released by the club on Wednesday evening, the Uruguayan international has dropped out at the last minute after suffering “a reaction in the final training session”

The good news for the Red Devils is that Paul Pogba, David de Gea, and Donny van de Beek will all be available for selection.

“While there is good news regarding David de Gea, Donny van de Beek and Paul Pogba, who do make the trip and should be available for selection, unfortunately, Edinson Cavani suffered a reaction in the final training session before boarding the flight at Manchester Airport,” the club said in a statement.

But Cavani’s absence would still be a worry for Solskjaer, who had earlier confirmed at a press conference that Anthony Martial is also not fit to travel.

United are going through a dry spell upfront having only scored four goals in the last six games, one of them being an own goal scored by West Ham defender Craig Dawson on Sunday.

Milan have an away goal advantage going into the fixture, and hence United need to score at the San Siro Stadium to give themselves a chance of progressing further in the competition.

But with Martial and Cavani on the sidelines, things may get difficult for Solskjaer on Thursday.

The Norwegian manager has not won a trophy since taking over the club in December 2018.

While there has been a stark improvement in the club’s performance since last year, there appears to be pressure on the former United striker to win a title this season to silence the critics.

Hence, the coming week is an important one for Solskjaer with United facing Milan in a do-or-die Europa League clash, which will be followed by a FA Cup quarterfinal against Leicester City at the King Power Stadium on Sunday